Giannis Antetokounmpo could be forcing his way to the Miami Heat (Do the Celtics have any shot?) 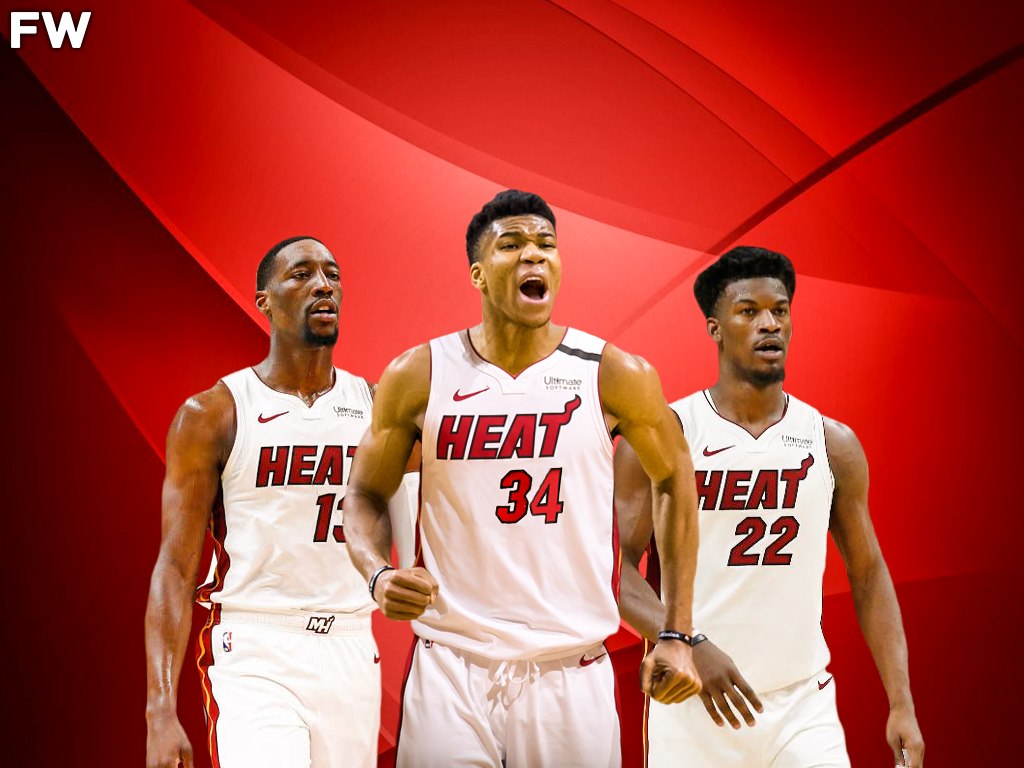 As we've been telling you the road to a championship is likely going to be much more difficult next season for the Celtics. While the Miami Heat were sure proud of their Finals appearance they also know they need to add more. And what better addition could there be than 25 year old, reigning back-to-back MVP Giannis Antetokounmpo. And unlike the Celtics who have to give up equal value or overpay to acquire a star, the Heat could be getting Giannis at a discount in one of these star forces a trade transactions.


adding to this, Giannis splits his offseason between Greece and Miami. per sources, he’s prepared to sign a long-term deal in Miami.

the #Bucks are not willing to end up with nothing by letting him hit free agency in 2021. a deal is expected before then. https://t.co/T3vM0gqVXI

breaking down today’s @MiamiHEAT story: Giannis ➡️ Miami ... for Tyler Herro? and what about the @warriors?

The fact that the Heat listed Tyler Herro as an untouchable prior is pretty laughable and simply gamesmanship. Tyler Herro looks to have a very bright future, but of course the Heat would trade him for Giannis or Luka Doncic or another young superstar. But in reality is there anyway the Heat could pull this deal off without including All-Star center Bam Adebayo? Complicating matters is that bam and Giannis share the same agent and have become friends. So obviously Pat Riley will try his hardest to retain Bam as part of a Big 3 with Giannis and Jimmy Butler.
I don't think that Tyler Herro and draft picks gets you anywhere close to completing this deal though. Not unless the trade was made in season and Herro was putting up All-Star numbers. If the Heat had a high draft pick in this draft or a coming draft that would be a different story. This is more likely to be a situation that drags on. The Bucks will have to get more prospective trade partners involved to force the Heat to up their offer. Stars often put it out there that if you don't trade me to a specific place, I'm just going to sign there next offseason and that's supposed to scare off other suitors in addition to forcing a trade. But while it might lower the price, there will be other teams offering better packages than Tyler Herro.
I wouldn't even be shocked if the Celtics made an offer. Kind of don't want to include names, because it becomes frustrating to hear fans get belligerent when you name their favorite player. But would Ainge offer Marcus Smart for Giannis? Of course he would. Bucks would also turn that down immediately. Marcus Smart and Robert Williams? Yup Ainge would offer this, but the Bucks would still turn it down immediately. Smart, Williams, and picks? Bucks might not turn it down immediately, but it still wouldn't be enough.
The Bucks would ask for Jayson Tatum and Jaylen Brown like all teams do. Obviously Ainge isn't going to part with both for a player who may not re-sign here. I also think Ainge draws the line on Tatum and says he's not an option. So then it becomes a question of would Ainge part with Jaylen Brown? Also would Jaylen Brown trump any offer from another team? Honestly it might be a sneaky move for Ainge to mention to the Bucks that Brown isn't out of play as that could force the Heat to cough up Adebayo.

But for the Celtics, you're back to the same situation you were with Anthony Davis. Do you really want to risk give up a young budding star for someone that might walk? In the end I think Ainge will place some calls, but more to see if he can get Giannis for 60 cents on the dollar or to drive the price up for the Heat. I'm not going to be a talking head and declare (well I guess they yell more than declare) that there is no chance the Celtics trade for Giannis. With Ainge there is always a chance. He swings big. But in regards to likely scenarios it's still that Giannis either re-signs in Milwaukee or ends up in the place of his choosing, which appears to be Miami at this moment.
That location could change, but I don't see Giannis ending up longterm with just any team that would be willing to meet Milwaukee's asking price. If he's going to play long term somewhere that isn't a place of his choosing then he will simply stay in Milwaukee. At least then he gets the most money and would be beloved for his loyalty. If he gets traded to a place he doesn't want to be longterm then I see him walking in free agency to a team he prefers. With that in mind, expect the Celtics' offers to be underwhelming to the Bucks.