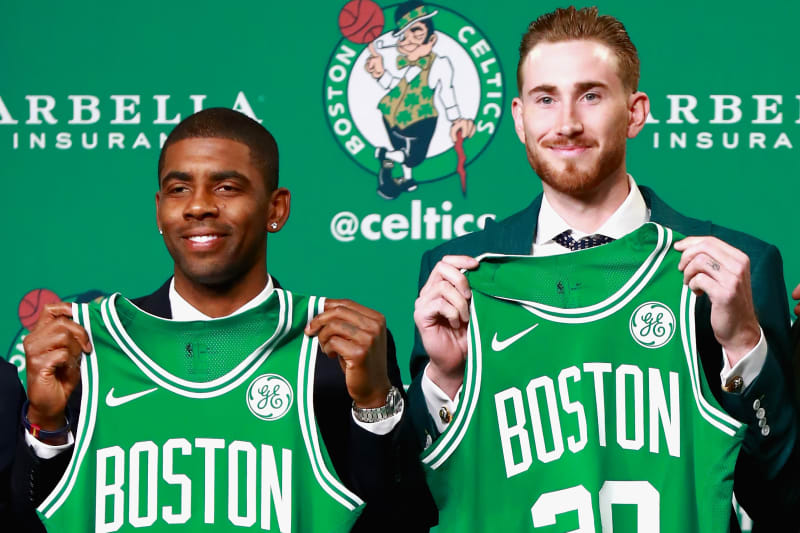 Sorry to all my former English teachers for whatever an excuse for grammar that title is. Celtics Life was created to give you informative and entertaining posts with more unbiased takes than the typical fan boy blogs/writers or super negative Boston sports radio (though the latter has improved some since we started back in 2009). Anyway, perfect spelling and grammar weren't on the manifesto and this Fall with Blogger forcing their new and worse platform on us, expect even more typos, since they eliminated spell check (They also eliminated line breaks).
With that tangent out of the way, I'm sure you're noticing that the potential Gordon Hayward sign-and-trade with the Hornets seems to be taking forever. It's pretty par for the course with Danny Ainge as the official Hayward signing wasn't announced back in 2017 until weeks later. Ainge had to find a taker for either Jae Crowder, Avery Bradley, or Marcus Smart. It was first thought that Crowder would be routed to the Jazz, but eventually we got the Bradley for Marcus Morris trade with the Pistons and the Celtics finally had the max cap slot (still considerably less than the Jazz offer to Hayward was or what he would have received in Miami after taxes).
Props to Hayward for taking less to team up with Isaiah Thomas and go for that "unfinished business" title with Brad Stevens. And great job recruiting to IT$ as well. That video of Thomas dancing with joy when we got the news that Hayward picked Boston was an instant classic.
But wait! By the time the AB trade was complete and the signing could be announced before Hayward could have his big intro press conference, Ainge traded the guy Hayward agreed to team with IT with a Nets pick, Crowder, and Zizic for Kyrie Irving. And thus why you ended up with the shared Irving and Hayward press conference.
So no matter how long it takes for Ainge to try and work out something with Jordan's Hornets, I doubt it will compare to what Hayward dealt with on the way in.