Should Boston take Terry Rozier back in the potential sign-and trade with Charlotte? 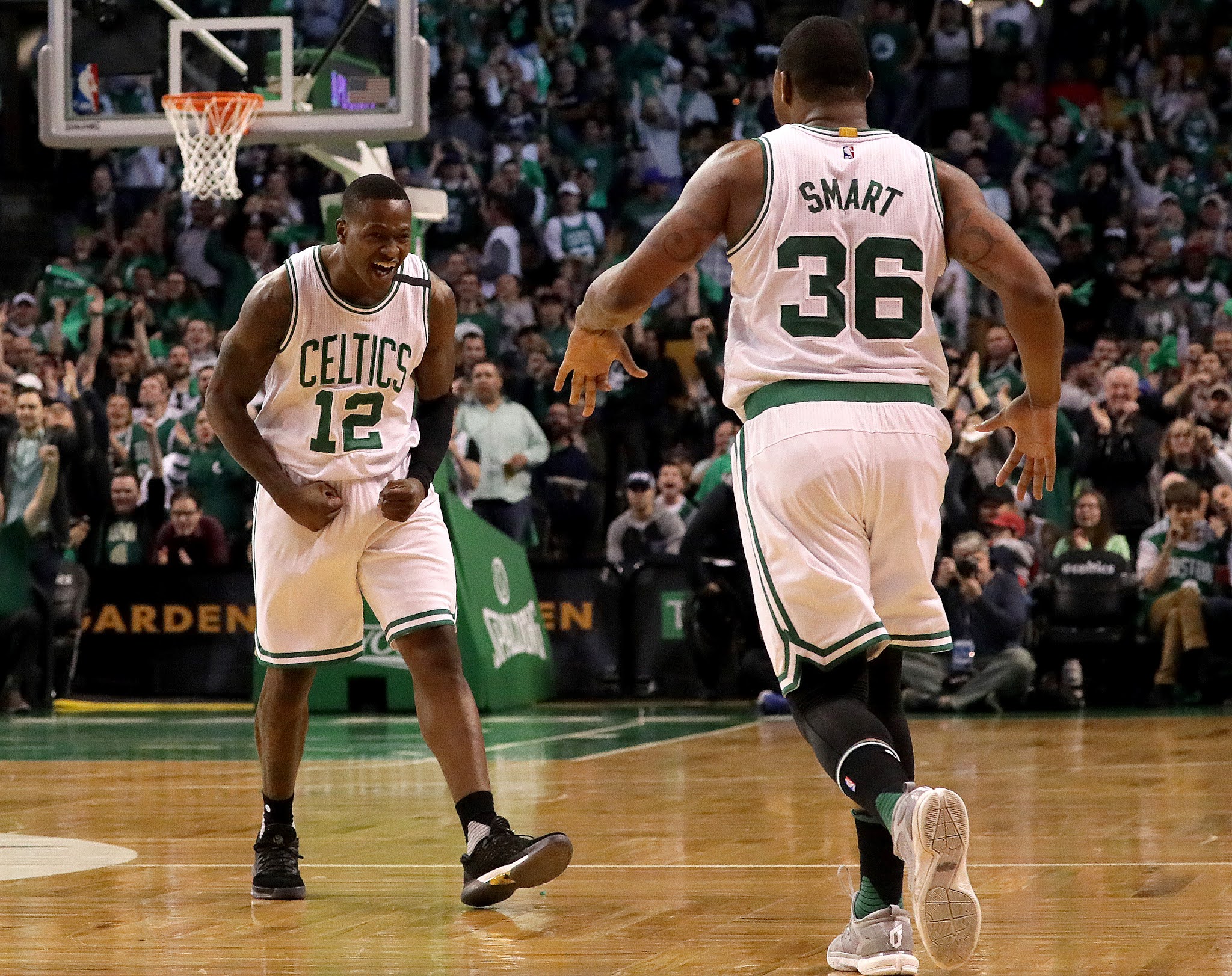 With the Celtics reportedly trying to change the Hornets minds on signing Gordon Hayward outright and instead do a sign-&-trade the question remains what might the Celtics get back in a trade? Unlike the Pacers, the Hornets don"t need to do a sign-and-trade so don't expect a solid return. So forget about any of the good young Hornets. What I'm pretty sure Ainge is trying to acquire is a trade exception. He could then package that with some picks for a player. The fear is the Celtics might have to actually cough up a first rounder just to get that trade exception.
I know a lot of fans don't value these picks, but they are the means how the Celtics have added players you like such as Jaylen Brown, Jayson Tatum, Marcus Smart, Time Lord, and just this week Aaron Nesmith. A week ago near everyone wanted to trade that #14 pick for a veteran. Now these same people are in love with Nesmith.
So is there a way to get a good player to replace Hayward without first giving up a 1st rounder to Charlotte and then at least one more to another team for said good player? Enter the scary bad contract. And also enter Scary Terry Rozier. The former Celtic scored a contract overpay last offseason. But it is deescalating contract, so the most heinous payout was last season. Rozier is still owed $19 million this upcoming season and then $18 million in 2021-2022, which again is too much. The benefit of taking back a bad contract is that you also get something in return. So instead of the Celtics having to cough up a first rounder to get a trade exception, you could just do Hayward for Rozier and a trade exception. Or Hayward for Rozier and a first round pick possibly. Or the best case scenario of Hayward for Rozier, a first round pick and a trade exception.
Once you get past the contract and just look at Rozier the player, he's still only 26 and had some good runs with Boston. Yes his final season on the toxic 2018-2019 Celtics wasn't a good look. And he's still doing immature stuff like "liking" a social media post talking about the Clippers pursuing him in a trade. That last part might actually be good for the Celtics bargaining wise. Jordan and the Hornets might have serious buyers' regret and with the emergence of Devonte Graham last season and now the drafting of Lamelo Ball, it's not hard to see them wanting to get out of Rozier's contract. And suddenly a return of Rozier, a smaller trade exception, and a 1st rounder isn't so far fetched.
So why should the Celtics do this? Well for one getting something back is better than nothing. Nothing meaning losing Hayward and having none of that cap space to use on adding anyone. If you think the Celtics roster as it stands today at 1pm can win a title against a league where most of all of the other contenders have gotten much better than fine maybe you're not concerned about a return. But personally I think the Celtic needed to get better and likely considerably better. Losing Hayward was a large step back. Adding Nesmith and Tristan were solid steps forward. Still a net loss. Rozier wouldn't be the first Celtic who left Boston only to return. Way back when Ainge first started he traded Antoine Walker. "Toine called Ainge a "snake." Ainge still traded for him back. Ainge has brought back Delonte West as well. Probably forgetting another player or two.
The main issue with Rozier in 2018-19 was role. But the team he would be returning to no longer had the ball dominating Kyrie Irving, no longer has Marcus Morris looking for his own big pay day, no longer will have former All-Star and max player Gordon Hayward. And truth be told, now that Rozier hasn't gotten his proverbial "bag" and seen what it's like on the other side, you should reasonably be able to expect a better citizen in Rozier. He got his money already. And he can thank Brad Stevens a lot for that.
The Celtics replaced Kyrie with Kemba Walker, but the latter is more of an unselfish player. Playing time wise, Rozier wouldn't have the competition he had two years ago. You have Kemba, Smart, Jaylen, and Tatum likely starting alongside Tristan Thompson. Theis and Robert Williams are the bigs off the bench. So who's your lead non-big for lack of a better term coming off the bench? Last season it was Marcus Smart when Hayward was starting or Hayward when Smart was starting. So Rozier could take those Smart back-up role. Rozier would get plenty of playing time on this version of the Celtics. And we've seen that he can play very well in Brad's system.
Also, Kemba Walker needs to be brought back slowly and have maintenance days throughout the season in order to have a 100% healthy knee for hopefully four rounds of the playoffs. Jeff Teague is decent veteran insurance, but this is the 32 year old version of Teague we just signed for $5 mil. He's not really an upgrade on Wanamaker at this stage of his career (though I will be thrilled if Stevens' works his reclamation project magic and Teague exceeds expectations). Rozier might not be the perfect fit for Boston, but if you forget about the contract (look at it as your paying extra to get a trade exception and a first rounder and an actual player instead of absolutely nothing for Hayward) I think he could certainly work for Boston. Worst case scenario you trade him this upcoming summer as an expiring contract. What say you? Scary Terry encore?