Eye on the Draft: TYRELL TERRY 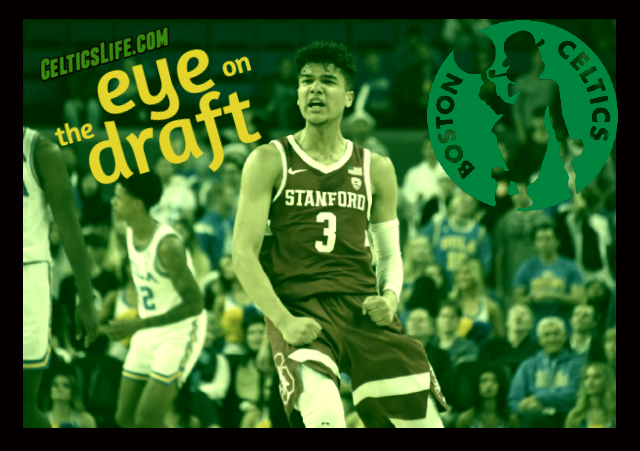 As we approach the 2020 NBA Draft on November 18th, we'll be posting some Eye on the Draft's for players who could conceivably end up in Celtics green. It's always best in the NBA Draft to go for the best player available and then fill other needs in free agency or via trades. So when we post a guard, please don't get too wound up. Maybe Danny Ainge plans to add a Myles Turner and an Aaron Baynes after the draft. Add in Daniel Theis and Robert Williams and you wouldn't even have the space for another big as a draft pick. Feel free to leave your opinion on each potential draftee we cover in the comments section.
TYRELL TERRY: The 6'2" Freshman guard from Stanford fits the modern NBA as a fantastic shooter with great range. While he's small, he does work hard on the defensive end. He could be available for the Celtics at pick #14 and maybe even at #26 if he drops. There always are a few players who were projected to go teens, but end up available in the 20's.
If you watched the Celtics in the playoffs you'd notice that their bench scoring was abysmal. Could Terry have a Tyler Herro-like impact in Boston next season? That's the question Danny Ainge needs to answer. We do know that the Celtics have interviewed Tyler Terry.
Check out more video of Terry below: