Eye on the Draft: RJ HAMPTON 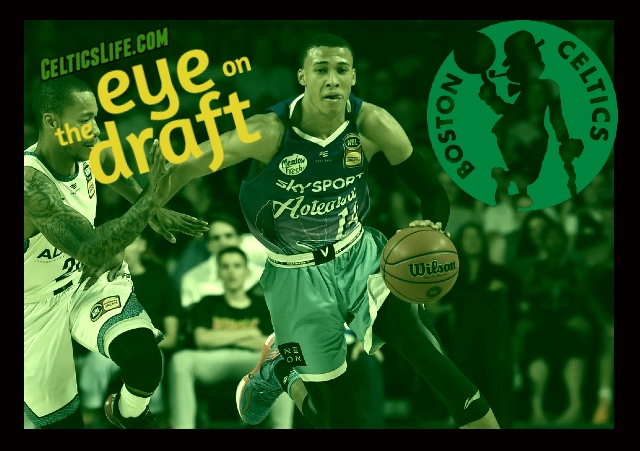 As we approach the 2020 NBA Draft on November 18th, we'll be posting some Eye on the Draft's for players who could conceivably end up in Celtics green. It's always best in the NBA Draft to go for the best player available and then fill other needs in free agency or via trades. So when we post a guard, please don't get too wound up. Maybe Danny Ainge plans to add a Myles Turner and an Aaron Baynes after the draft. Add in Daniel Theis and Robert Williams and you wouldn't even have the space for another big as a draft pick. Feel free to leave your opinion on each potential draftee we cover in the comments section.
RJ HAMPTON:
The Celtics have shown interest in selecting the athletic 6'5" Hampton and he would be such the Danny Ainge special. He was a Top 5 player in his high school class, but isn't projected that high in the draft due to his shooting woes in New Zealand. You draft enough Avery Bradley's Romeo Langford's and RJ Hampton's and eventually you might hit big on one of them.
RJ's ceiling his high, but he also has bust potential. Maybe "bust" is too strong a word, since it's not like he''s going top 5 in this draft. Like Tyrell Terry, Hampton would likely need to be selected with that #14 pick, but could fall to one of the two lower pics (#26 and #30).
Maybe it's because RJ played in New Zealand and Dante Exum is Australian, but it's kind of hard not to compare them some. Exum has definitely not lived up to the hype, but a lot of that could be attributed to his unlucky string of injuries. I think Taking Hampton at #26 or #30 is a no brainer. At 14 it will come down to how confident Ainge is that Hampton will improve as a shooter.
Check out more video of Hampton below:


📽 More EYE ON THE DRAFT profiles