Should the Celtics look for a reunion with free agent Rajon Rondo? 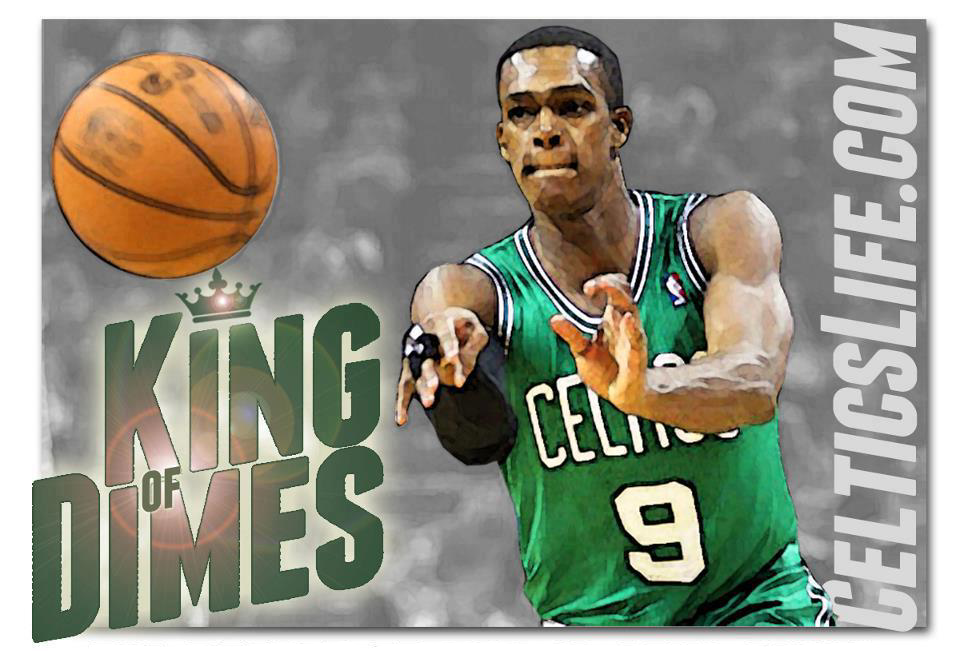 With the news that two-time NBA champion Rajon Rondo will decline his player option and become a free agent, the question now turns to does he re-sign with the Lakers, look for another playoff contender willing to pay him more, or take the most money he can get anywhere. My guess is if the Lakers don't intend to add a big name point guard they will try to retain Rondo. He's pretty ideal for their team. At his age, the fact that he conserves energy during the regular season ends up being a good thing. You essentially get a fresh Rondo for the playoffs when "Playoff Rondo" is unleashed.
If the Lakers don't decide to re-sign Rondo or lowball him, I think at this point in his career he will look for whatever other good team will. Don't see him just taking the most money with a bad team like he did with the Kings. Then again, like Isaiah Thomas, Rondo never got that max payday like he expected when his Celtics contract was close to expiring, so if he decides that two championships are good enough and goes for the money, then no judgment.
Based on Rondo's age and the fact that his mainvalue at this point is for the playoffs, I think a struggling team would be foolish to sign him for big money. Don't know how they got along in Boston, but the new New York Knicks coach Tom Thibodeau was Doc Rivers' lead assistant during the Celtics 2008 championship season. Could the Knicks think that adding a championship veteran point guard like Rondo might help them get back into the playoffs? I mean it would be a very Knicks thing to do. Get impatient with the rebuild and shoot for being the 8 seed.


Yeah somebody is going to give Rondo about 7-8 million a year!!! Carry on...


There are several contenders that could use Playoff Rondo. The Celtics needed just one more good player in order to get past the Heat. Boston's depth was horrendous, especially when Hayward wasn't close to 100% and even worse when he was out. Teams also trapped Kemba Walker in the playoffs, though in his defense, he too was not playing at 100%. So could the Celtics use another ball handler and play maker? Make that elite ball handler and playmaker? Absolutely. In some hypothetical world when Hayward went down in Game 1 versus the 76ers, if the Celtics were allowed to replace him with a free agent and Rondo was one, would Ainge have been interested? Most definitely.
I mean Ainge brought back Antoine Walker who famously called him a "snake" after he was traded to Dallas. Ainge would bring back Isaiah Thomas if he thought he wasn't injured beyond repair. Would Brad Stevens want to deal with Rondo again who if you asked coaches like Doc Rivers and Rick Carlisle wouldn't necessarily say he was the easiest to manage? If it meant the Celtics odds of winning a title increased, I'm sure he would. And after dealing with the Kyrie Irving experience, I'm sure Rondo would feel like a walk in the park.
With the Celtics, like the Lakers, you wouldn't count on Rondo for the regular season. You'd look at him more like a trade deadline acquisition or buyout waiver pickup. Think Sam Cassell in 2008. I'm starting to really talk myself into this I think.
Before you get too excited, the Celtics don't have much financial flexibility. Gordon Hayward isn't going to turn down his option year, so you have him and Kemba Walker both making the max. Add in Jayson Tatum's upcoming super max contract (the one downside of him making an All-NBA team for the first of what will likely be many years this season is he will now get paid even more with this contract, which while you can say "It's not my money," it still affects the Celtics cap and luxury tax flexibility so it has a bearing on the remaining Celtics roster) and Jaylen Brown's new deal and the Celtics already are over the cap.
To Ainge's credit he doesn't have over priced players on the bench strangle-holding the team. Marcus Smart is on a team friendly deal and Daniel Theis will remain a Celtic for one more year at a bargain basement friendly price tag. All the other guys are on rookie deals or vet minimums, so the Celtics have done a very good job not being saddled with bad contracts. For quite some time now if you think about it. Long gone are the days of Mark Blount, Wally Szczerbiak and Raef LaFrentz contacts. Hope it stays that way.
Hayward's contract was a great signing at the time; he simply suffered a horrific injury. And two years later when he finally got back to close to his All-Star form he had his first injury riddled season. Kemba Walker was also a good signing, with the caveat that I hope the Celtics did their due diligence reviewing his knee medicals prior to inking the deal. Then again since every team was "forced" to illegally negotiate with players prior to July 1st that summer of 2019 in order to have a shot at signing them, not sure if the Celtics had the window to do the proper background check on his knee.

Anyway back to Rondo. The main two points "pointing" (no pun intended) to him not having a reunion with the Celtics is that Boston has limited flexibility to pay him and whether he would fit Stevens system or not. I know the NBA has become position-less and its much more of who has the best collection of players than who has a balanced roster, BUT is the point guard position where you already have a max All-Star in Kemba (and technically Marcus Smart is still a point guard right? I mean he doesn't play the position that much anymore, but he came in to the league as one and could be a starting point guard on another team) where you want to spend your limited available dollars this offseason?
If you think that Robert Williams will make the leap this coming season then you should be good with him and Theis as your big men. Again this isn't 1990, this is 2020. Totally different NBA's. Back then it was "you can never have enough big men." Now it's you're screwed if you play too many big men (See Philly trying to start Embiid, Horford, and Harris as a front court). Still that's taking a major gamble for a championship contender to rely on Time Lord to become the C's version of Adebayo or something close to that. The Celtics could also address their big man needs in the draft via either through a pick or trade. Ainge has hinted at drafting more for need this year. This is typically how you end up missing out on someone great, so hopefully he's not too wed to that idea.

Another need for the Celtics as with every team in the modern NBA is another good shooter. Rajon Rondo has really improved from behind the 3-point arc as his career has progressed; it used to be a major weakness. He actually shot 40% on 3's for the Lakers this playoff run. Still no one would mistake Rajon for his best friend Ray Allen as a 3-Point marksman. Just as with big men, the question is can the Celtics improve from the perimeter either with players already on their roster, through the draft, or via trade, so they can afford to use their financial flexibility on a playmaker and proven playoff performer instead?
Also like the majority of NBA offenses, Brad Stevens prefers a motion offense. A ball handler that likes to dribble a lot is kryptonite to that system. Rondo of course wouldn't be playing starter minutes so it wouldn't have as much of an effect. Also Rajon just played with LeBron James for two seasons, so he knows how to adapt to not being the guy who always has to have the ball and create the plays. Once again, I'm more convinced that a reunion with Boston could work.
But in the end due to all the questions that I brought up in this post, I think Danny Ainge and the Celtics will go in another direction with whatever mid-level or exception they have to use. I think they will go for a safer choice that doesn't have any potential of becoming a negative in any way. So while the idea of Rondo back in green is not some pie in the sky idea that would never work, I put the chances of it happening this offseason as slim.