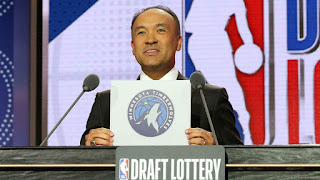 The NBA draft order is now set. The Timberwolves snagged the top spot, while the Hornets leaped into the top 3. The Warriors lucked out and received the 2nd pick to compliment their recent championship roster.

The Grizzlies didn't move up into the top 6, so the Celtics will receive their #14 pick to complete the Jeff Green trade from several years back. The top 3 picks are expected to be James Wiseman, Anthony Edwards, and LaMelo Ball in some order. The Warriors are rumored to want to bundle their pick with Anthony Wiggins (and his contract) for another star. The draft is scheduled for October 16th.

Here is the full order via Tankathon: 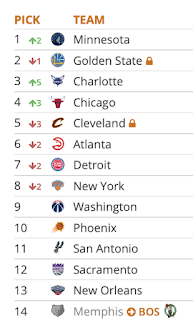 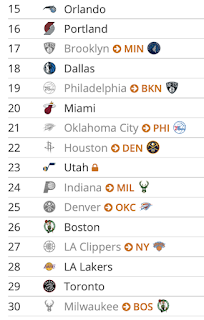 
My first Mock Draft. Here are the top 14 picks - including Minnesota going with LaMelo at No. 1. https://t.co/3VvgwSLg76

We'll obviously have a lot more draft stuff in the coming two months.