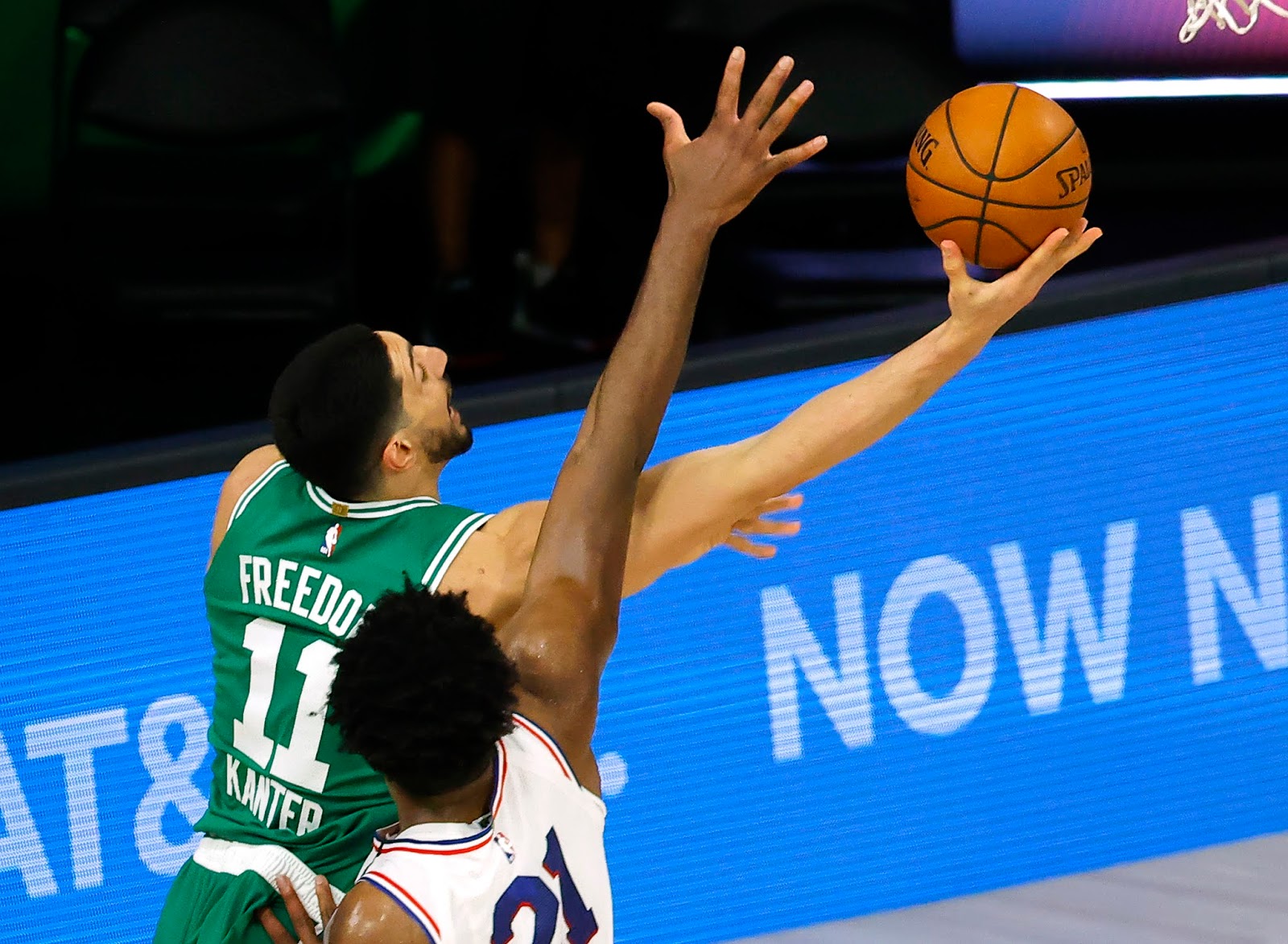 Celtics fans received some bad news on Tuesday as the team announced that Gordon Hayward is expected to miss 4 weeks after an ankle sprain he suffered in their game 1 win against the Philadelphia 76ers.

#NEBHInjuryReport Celtics forward @gordonhayward suffered a Grade III sprain of his right ankle during the fourth quarter of last night’s game against Philadelphia. He is expected to miss approximately four weeks.

Brad Stevens went with the obvious choice to take Hayward’s starting spot, Marcus Smart, leaving the bench to find a new spark. That spark came in the fashion of multiple players, namely Grant Williams, Enes Kanter, Brad Wanamaker, and Romeo Langford. They played a total of 89 combined minutes in Game 2 on Wednesday, putting up 32 efficient points between the four.

Williams played 21 of those minutes after only playing 2 in the previous game. In that time the rookie managed to put up 9 points and pull down 6 rebounds, shooting 2-2 from 3 and 3-4 from the line. His energy was near Marcus Smart levels at times, hustling and out-rebounding the bigger Joel Embiid on occasion.

Enes Kanter followed suit, tallying 9 rebounds and 10 points in 22 minutes while shooting 4-7 from the field and 1-1 from 3 point range(!!!). He provided exactly what was expected of him when the Celtics decided to sign him this past offseason, being that 4 of his boards were offensive and 4 of his points were second chance. In a series where Daniel Theis has been struggling to contain Joel Embiid due to his size, Kanter also does provide some stopping power. He has never been known for his defense, yet he has been able to use his weight to hold his ground in the post, giving his teammates time to help double and trap Embiid.

Brad Wanamaker contributed 7 points, 4 assists, 2 rebounds, and 3 blocks in his 23 minutes, shooting 3-3 from the field. While the box score may not show it, he played with great energy, pestering Embiid on the double teams and helping to force him into turnovers and difficult shots.

Maybe the biggest surprise in terms of bench production was Romeo Langford playing some stellar defense throughout his 23 minutes. He provided 6 points and 1 steal on 2-4 shooting and played with great determination on both sides of the ball. This came after not playing in game 1 of the series and having torn ligaments in his wrist in the last game of the regular season.

Brad Stevens says backup guard Romeo Langford has torn ligaments in his wrist. Says he is questionable to be available in the playoffs.
— Chris Mannix (@SIChrisMannix) August 15, 2020

In total the Celtics bench provided 41 points compared to Philadelphia’s bench’s 20. If they can continue to give Brad Stevens quality minutes like this the team is in a great position to continue competing and possibly advancing to the next round in which they will likely play Toronto. Hayward will likely be out until at least the Eastern Conference Finals if the team manages to make it that far, making the bench production all the more important for the remainder of the playoffs. Given their performance in game 2 we can expect Brad to run with something similar in today's game as the Celtics look to take a 3-0 lead in the series.

Stats via ESPN and Basketball Reference