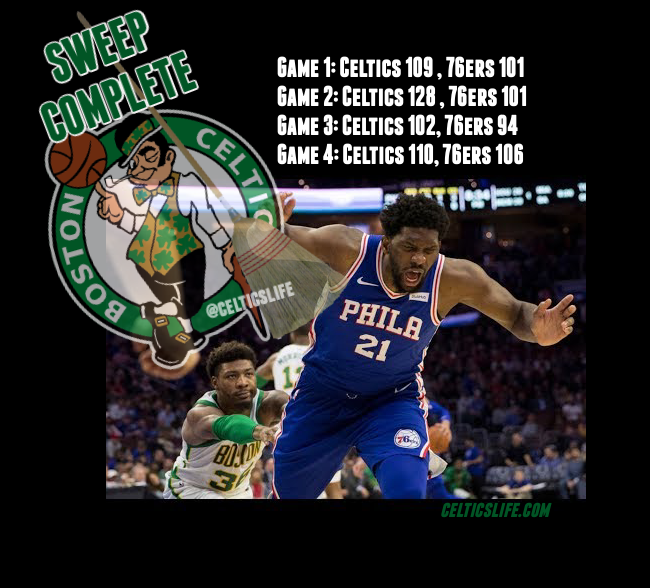 Monster games for Kemba Walker who put up a 30 spot and Jayson Tatum who scored 28 to go with a career playoff high 15 rebounds. Jaylen Brown and Daniel Theis added 16 and 15 points apiece. Joel Embiid led Philly in another los with 25 points and 10 rebounds. The Celtics now wait for the winner of the Raptors/Nets series Raptors in the Eastern Conference semi finals. Should be a battle.

The 76ers had the lead throughout the first half, but the Celtics took charge in the 3rd quarter. The final score was closer than it was as Boston let Philly catch a but back up in the final minutes of garbage time. For Philadelphia, expect a coaching a change and another summer of tinkering with their roster.

Congrats to Kemba Walker for advancing to the 2nd round of the playoffs for the first time in his career.

"It feels good. This is the reason I came to Boston.”


Brad Stevens on Kemba Walker's health in this series: "We felt really good about our plan."
— Brian Robb (@BrianTRobb) August 23, 2020

Brad Stevens: "We got to play better in the last three minutes of the game. That's all I care about right now."
— Boston.com Celtics News (@BDCCeltics) August 23, 2020

Kemba was under the weather this morning according to Brad Stevens and was checked out by doctors. Brad Stevens: "He's just a warrior."
— Brian Robb (@BrianTRobb) August 23, 2020

Brad Stevens when asked about varying playing time and rotations: "Rob Williams will be a big impactful player for us down the road."
— Brian Robb (@BrianTRobb) August 23, 2020

"We didn't do much yet. We know it's not over. We know Toronto plays Brooklyn, depending on how that goes, Toronto is the defending champion; tough team. ... take it one day at a time. When we know who we will face, be prepared." - #Celtics Kemba Walker
— A. Sherrod Blakely (@ASherrodblakely) August 23, 2020 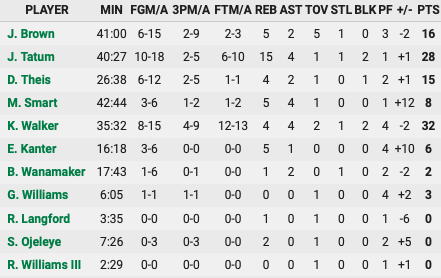