Robert Williams has shown improvements, still has a long way to go 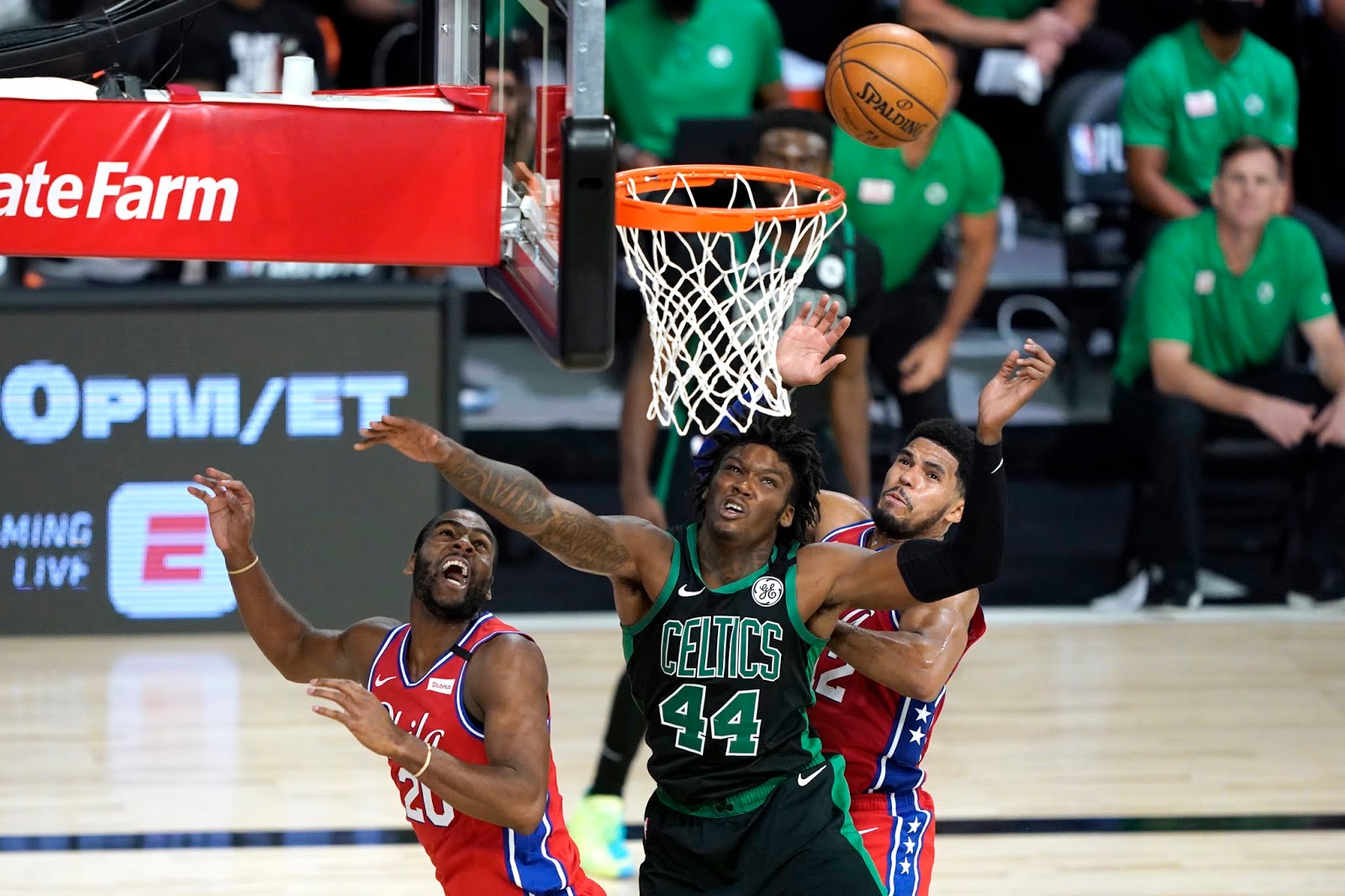 Rob Williams has been making strides since coming back from a hip injury he suffered in December, and from watching his first playoff minutes I know a few things for sure; the time off definitely helped him, he looks a lot more confident, he’s still a hell of an athlete, and he needs to be a lot more disciplined if he wants to get quality minutes.

Rob has been moving well defensively, getting to the right spots more often, and seemingly communicating well. He even seems to have developed somewhat of a mid-range game on offense, which he showed flashes of in some of his previous bubble minutes. Although undersized, he has the potential to be the defensive and rebounding big that the Celtics have been so desperately missing since the KG days. That being said, he is nowhere near that level now, and it may be a while before he gets there if he ever does.

Rob played 13 minutes in Monday’s game 1 against the Sixers, the highest off the bench behind only Marcus Smart of course. In those minutes he was able to bring down 6 much needed rebounds against a bigger Philly team. Other than that, his production was very minimal, ending the game with a -4 +/-, the lowest on the team. This can be attributed to his 1-4 shooting and 4 personal fouls. Rob’s athleticism is unquestionable, and it makes him a very legitimate shot blocking threat. The only problem is that he knows that he has the ability to block any shot, so he has a lot of trouble staying disciplined and avoiding silly fouls. It seems as if he jumps on nearly every fake, making it extremely easy for defenders to either draw fouls on him or slip past him.

Over the last two games he hasn’t seen many minutes with 6 in game 2 and a DNP in game 3. In the time he spent on the floor in game 2 he picked up 1 rebound, 2 assists, and 2 fouls. Just as his minutes his production has been very limited. It doesn’t seem like he has gained Coach Stevens’s trust to guard Embiid just yet. He clearly needs more time to get better so his minutes and development during these playoffs will be something worth watching closely. We’ll see if and how Brad uses him in hopefully the Celtics last game against the Sixers in these playoffs.