Please allow me to throw up: Lakers to be named NBA Champs if season never resumes according to league bylaw 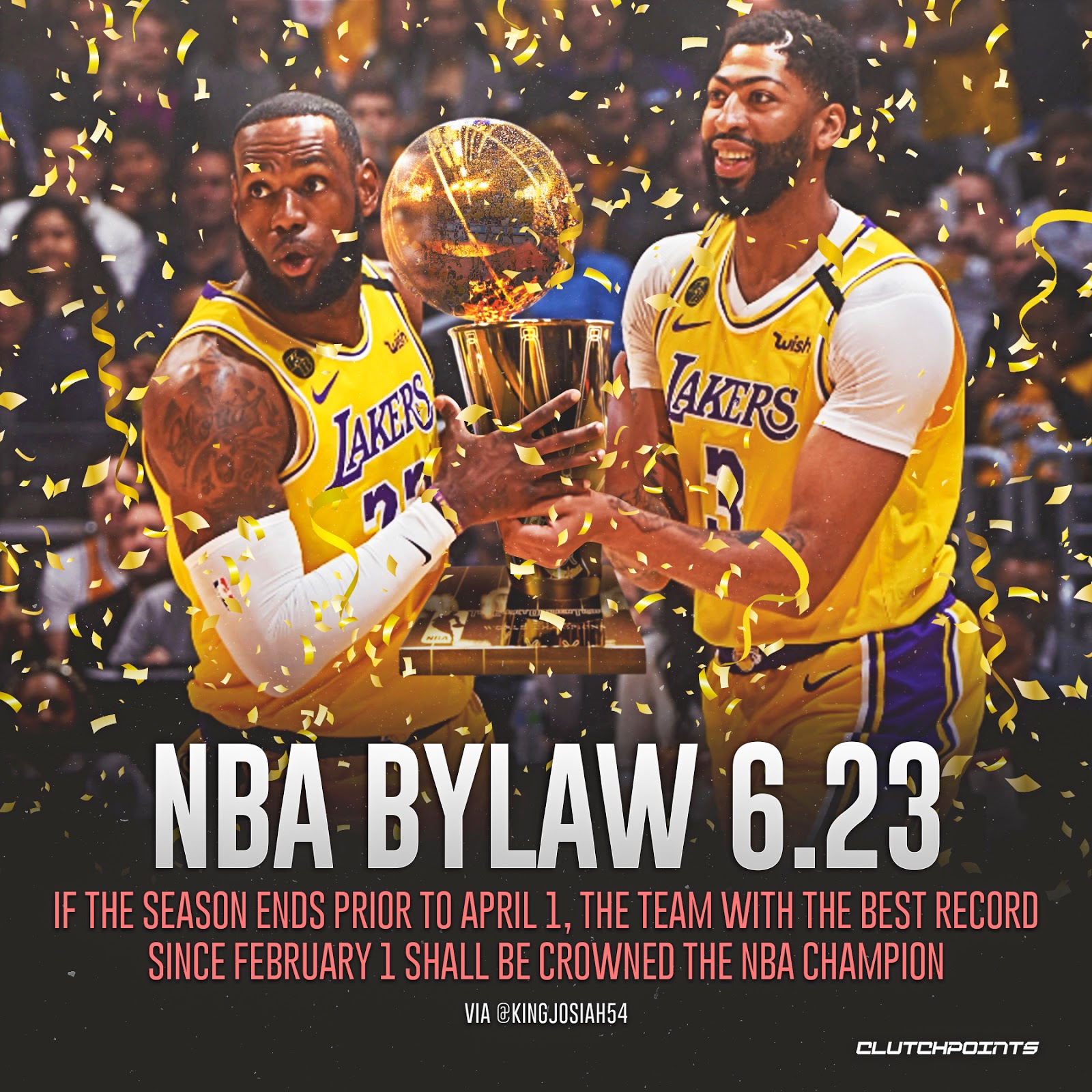 As if things couldn't get worse in 2020. The NBA continues to try and salvage this season no matter how far into the summer they have to go or no matter how short series they need to play. But with news that the Olympics' summer games have been postponed for a year and now Wimbledon has been cancelled for the first time since WWII the chance that the NBA just scraps the season entirely is becoming a possibility.

What's worse is that wouldn't mean that there would be no NBA Champion, but according to outdated NBA bylaws the Lakers would win their 17th championship to tie them with the Celtics for the most ever, even though they didn't even win one playoff game!

Here is the utter nonsense explained:

To be clear, the rule states that the team that will be crowned as champions will be the team with the best record since February 1st. The Milwaukee Bucks may lead the NBA with a 53-12 record on the season, but it is actually the Lakers who have the best record since February. Since February, Milwaukee currently holds a 12-5 record, while L.A. stands at 13-3. This would mean that the Lakers will be crowned as the 2019-20 champions, handing LeBron his fourth NBA title in his career.

What an absolutely ridiculous bylaw, rule, or whatever you want to call it. How are you going to award a championship based on sixteen midseason games? I need to throw up. But before you do as well, I suggest you check the calendar. April Fool's. Did we get you?

p.s. Thanks for the tip @HUNED_P