Quarantine Question of the Day: Who was a player you hated... and then he became a Celtic? 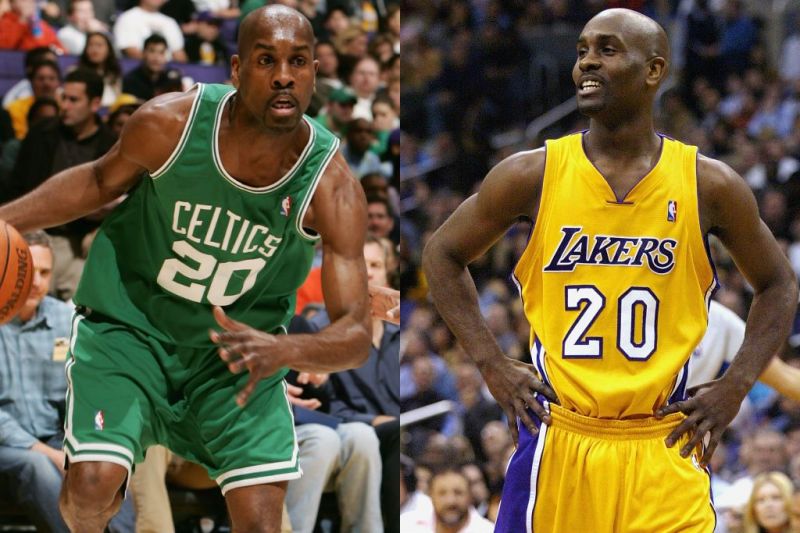 Who was a player you hated... and then he became a Celtic?

If you prefer to use the term "couldn't stand" instead of hated, that works too. For me the answer would be Gary Payton. Always respected him as a player and a great defender, but he was the type of guy I loathed playing with in basketball. Like if I was paying pick-up, though if it was annoying I was mostly fine with opposing players talking trash, but a teammate that incessantly bitched at you was both annoying and counterproductive. Granted Payton was an all-star caliber player and these players in pick-up ball were typically ball hog gunners who never got back on defense. Point still stands though. I want teammates that are either going to support you or keep their mouths shut.

Payton always had a reputation for not only talking trash to opposing players, but constantly getting on his teammates. I would have snapped back at him and probably gotten traded. Anyway, by the time he came to the Celtics he wasn't anywhere close to the all-star he was on the Sonics. He had just been apart of the underachieving Lakers Big 4 season of himself, Shaq, Kobe and Karl Malone. He was a shell of the defender he once was.

Also the 36 year old Payton took minutes away from recent first round draft pick point guards Delonte West and Marcus Banks. Yes the latter ended up not amounting to much in the NBA, but at the time he was still considered a solid prospect and defender with a decent ceiling. Who knows? Maybe if Payton didn't start all 77 games he played that season, Banks might have developed into something better. It's often all about opportunity.

On a young and rebuilding Celtics team, I thought that a washed up Payton served no purpose and was a negative influence on the team's young players. His cocky head bob annoyed me too. Had to root for him because he as a Celtic that season, but always felt the team was better off when he wasn't on the floor. Was glad to see him leave after that one season.

You must have had a player or two that you absolutely couldn't stand, but then the Celtics traded for, signed, or drafted them? Who are yours?