#16: Shoutout to all the Celtics fans Bleeding Green in CZECHIA! 🇨🇿 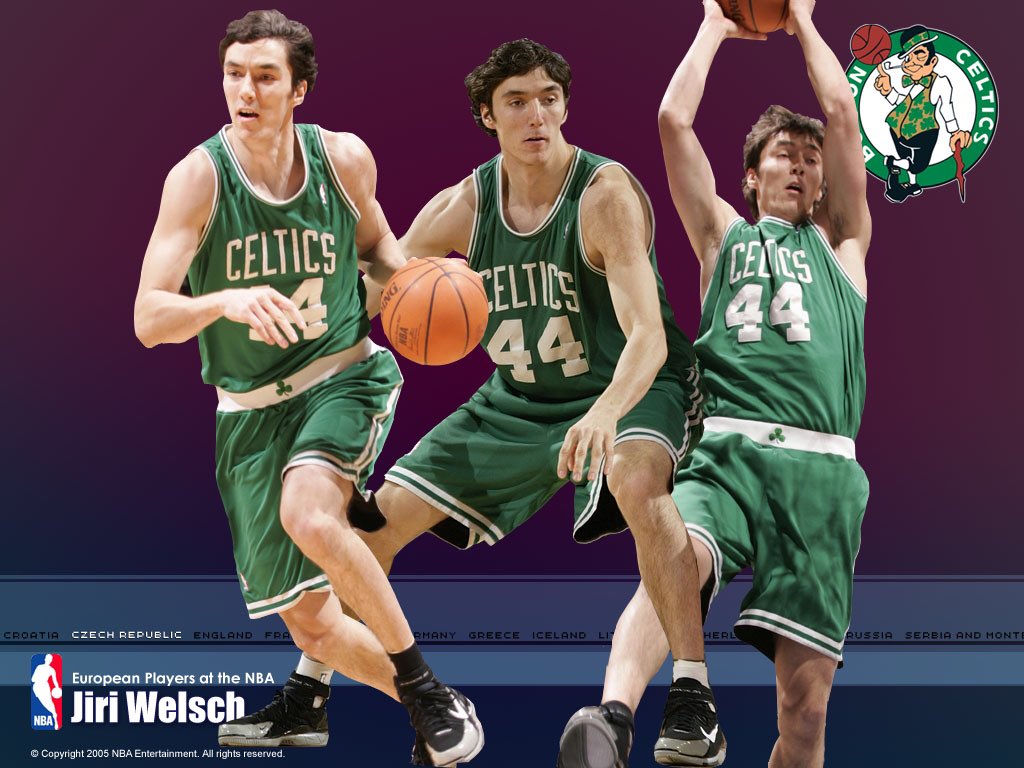 Hey Celtics fans in Czechia, aka the Czech Republic, aka home of former Celtics guard Jiří Welsch. celticslife.com has had 91,258 visits from Czechia since we originated in September 2009. Thanks so much for all the love you've shown for the site these past 10+ years.

Sidebar: I was excited about the Celtics acquisition of Jiří in the Antoine Walker trade. Had high hopes for him. I remember Danny did as well. Still surprised Welsch didn't more success. Maybe he would have fared better in today's more perimeter NBA.

Please feel free to leave a comment and tell us a little bit about yourself. How you became a Celtics fan? Where in Czechia you're representing? How you found out about celticslife.com and when you first started frequenting the site? Maybe a pic of you in some Celtics gear. You know, all that good stuff.
Shoutout to all the Celtics fans Bleeding Green in Czechia!

p.s. Special shout out in Czechia to one of our biggest readers/supporters/commenters from back in the day Jenda!

We hit a milestone when we passed the 100 million views mark last season. But the thing is only 64% of our page views come from United States viewers. We are giving shoutouts to the top 20 countries represented on Celtics Life based on analytics. Check in for the next twenty days to see where your country lands in the top 20. And if you are from that country or connected in anyway, please drop a comment with your story. Would love to see faces and words from all these Celtics Lifers that have visited the blog all these years.