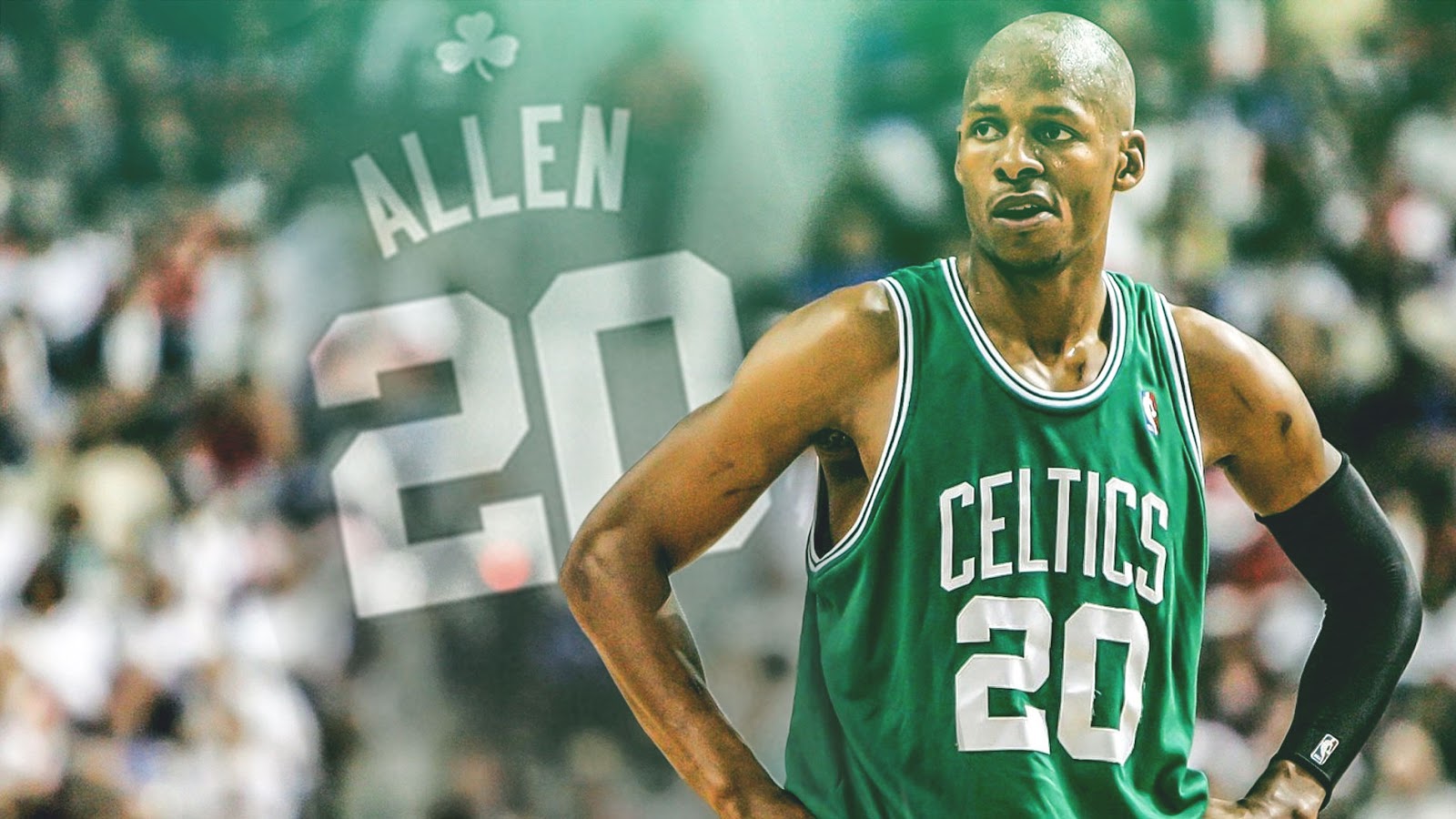 Danny Ainge was recently on our friends' the Toucher & Rich show to discuss among other things the announcement that Kevin Garnett's #5 would be going up to the rafters. Ainge was asked if the Celtics are considering retiring Ray Allen's number to go with Paul Pierce and KG. I was hoping Ainge would answer that no they aren't considering it, that the Celtics already have too many numbers out of circulation as is, and that as good as Ray was, not everyone can get their number retired.

Unfortunately, Ainge said that the decision was not up to him and basically said it was the owners' choice. Ainge to his credit has mentioned that the Celtics abundance of retired numbers does pose some issues. He even brought up un -retiring some with the permission of those honored. But back to Ray. I'm sorry, but this shouldn't even be a discussion. Allen was the third guy on the Celtics 2008 championship team. He's as much a Buck or a Sonic than he is a Celtic. We simply can't retire the number of every Celtics player that has won a championship. We can have nights honoring them and other forms of gratitude, but banning any future player for eternity from wearing a jersey number for every contributor to a title is foolish.

If Ray Allen deserves to have his number retired for the Celtics, what about Rajon Rondo? And yes Ray Allen made some All-Star games with the Celtics, but then do we retire Antoine Walker's number? Or Isaiah Thomas? KG meant a lot more to the success of that era of Celtics teams. I was hoping if they decided to retire his number, the Celtics would raise "KG" to the rafters instead of the #5, but that's not happening. Ray Allen simply didn't have a great enough Celtics career to deserve this ultimate honor. If he played his entire career here or had come over sooner (and thus played longer) than he'd have a better argument. If he had hit a huge 3 to win a 2nd ring in Boston instead of for the Heat, then maybe he'd have a better argument.

But Allen's career accolades are better suited for arguing his place in the Hall of Fame. He played for four teams. The Celtics era was part of his career, but wasn't long and special enough to get his number retired. I known the Celtics have issues with how he left, but even if he left in a better way and didn't go to our rival at the time, he still wouldn't deserve to have his number retired. Add in the fact that he was a snitch, leaking negative Rajon Rondo locker room stories to his UCONN buddy Donny Marshall, and that he was bitter about giving up his starting spot to Avery Bradley who definitely deserved it at that point.

Ray was a very important part of that 2008 team. We're grateful for that. But the idea that a team with already a shortage in jersey numbers should retire his just because he's linked to Pierce and KG makes no sense. Gordon Hayward wears #20 now. Let's move on from this topic. Would have loved him Ainge had put a nail in that coffin, but I expect to hear it again down the road since he didn't. And yes I'm aware that the Celtics are using KG's retirement night to sell 2020-2021 season tickets, so I wouldn't' be shocked if they consider Ray down the road. Hopefully if that happens, it will just be a consideration and not a yes. Ray was a very good Celtic. Not elite.