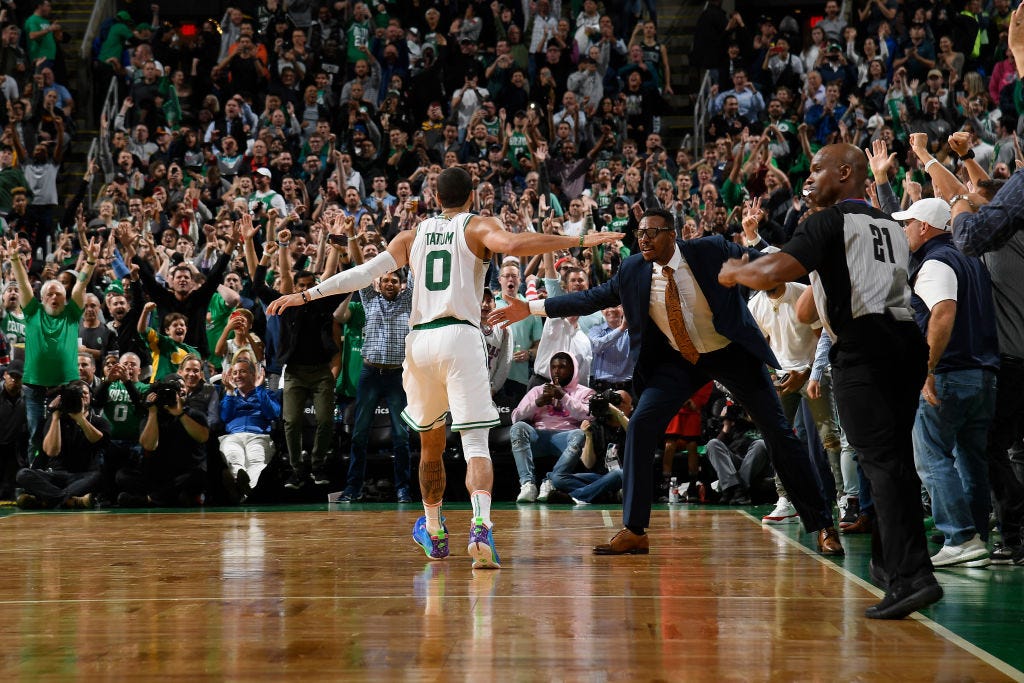 This week, the Boston Celtics released the newest edition of their special segment Passing the Torch, in which Celtics legends of old return to Boston to sit down and have a conversation with current Celtics' stars and their future ones. This time around, former Celtics team captain and 2008 NBA Finals MVP Paul Pierce sat down with Boston's current leader Kemba Walker, 2 time NBA champion and 1973 MVP of the league Dave Cowens sat down with rookie big Grant Williams, and Celtics' all-time great player and commentator who also won 8 NBA championships with the organization had a conversation with emerging superstar Jayson Tatum in his first all-star season.

The conversations are good ones, and you can definitely feel a sense of belonging, understanding, and family between all three duos as a result of the lucky shamrock. Hopefully, these guys got as much advice out of the NBA champs as possible in their time with them.

So please enjoy all three parts of Passing the Torch down below and get excited for the return of the Celtics tomorrow night (2/21) at 8 p.m. as they head to Minnesota to take on the Timberwolves.