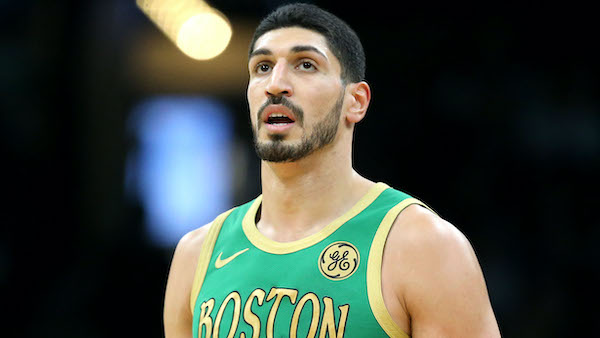 Brad Stevens said today that while Enes Kanter is out tonight, he's not far from returning to the lineup. Boston next plays on Saturday night vs Philadelphia.
— Keith Smith (@KeithSmithNBA) January 30, 2020

Enes Kanter is DEFINITELY not moving well while doing a little bit of jogging here at the practice facility.
— Jay King (@ByJayKing) January 30, 2020

As nice as it would be to have Enes Kanter back to provide the Celtics with big man depth, I'm not sure if putting him out there at less than 100% would be the right call. That limp looks rough. Can't imagine him trying to defend in that condition Kanter was playing his best ball as a Celtic prior to his injury and the Celtics need that Kanter when he returns.