The Celtics Thursday night easily defeated the artists formerly known as the Golden State Warriors. Gordon Hayward led all scorers with 25 points, while Marcus Smart chipped in 21. The Jay's anxiously awaited news on whether they'd be named all-stars today, with Tatum getting the nod and Jaylen getting passed over. They scored 20 and 18 respectively. The Warriors were led by D'Angelo Russell with 22.

With the win the Celtics moved into a tie with the Miami Heat for third place in the Eastern Conference. Boston hosts the 76ers on Saturday at 8:30pm.


Grant to JT on the break ⭐️🔨 pic.twitter.com/maQP8ngJXm 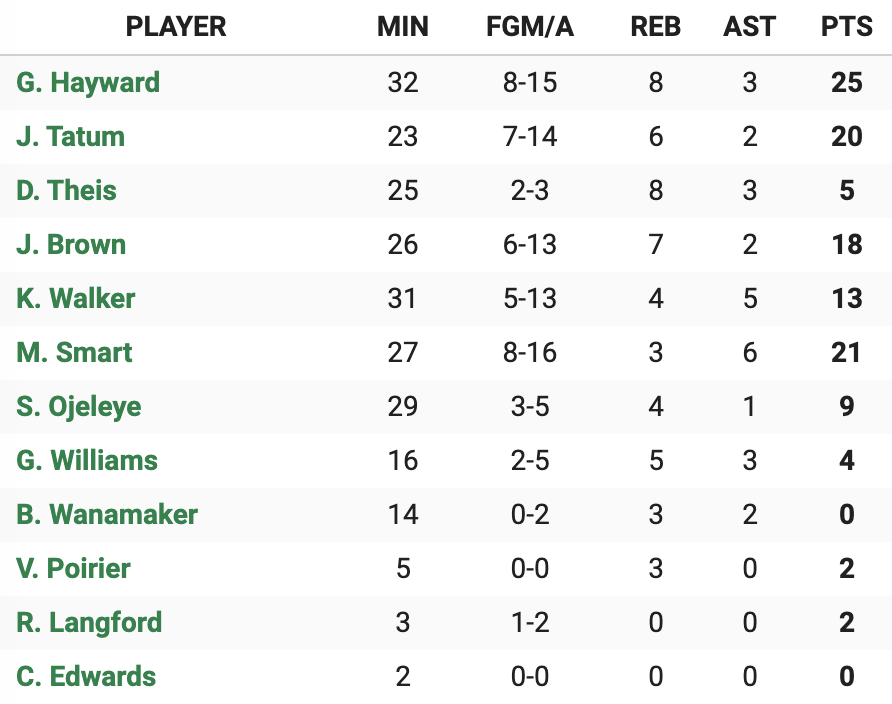 Brad Stevens on Jayson Tatum’s first All-Star berth: “He and Jaylen have both played like All-Stars.”

Brad Stevens on Marcus Smart: “Obviously he’s a good shooter and has worked really hard to become that.”

Gordon Hayward talks about how our defense has grounded our play as of late. pic.twitter.com/bo7bGUZE9N