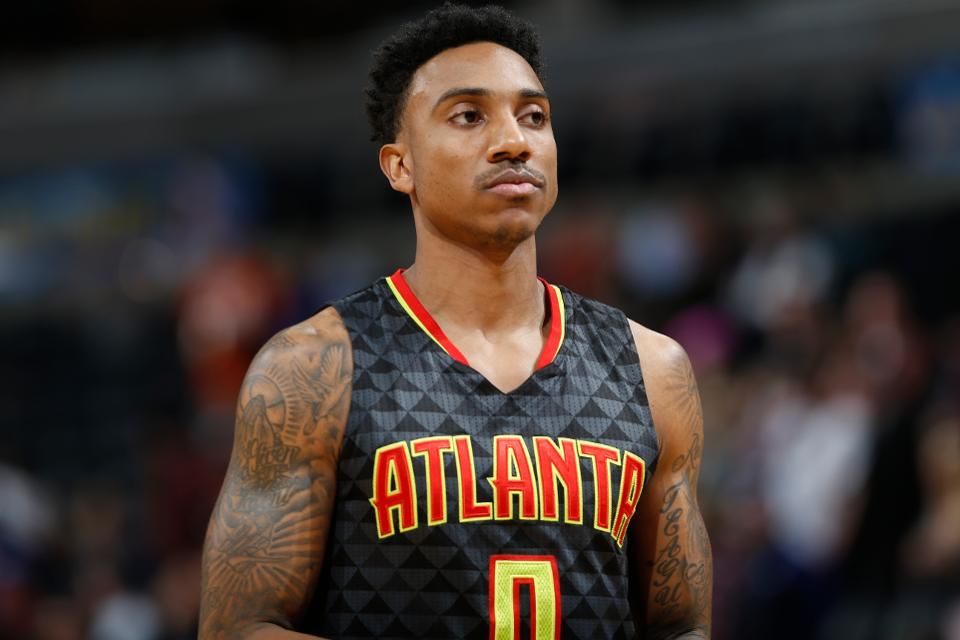 When the headliner of a trade is that one team has created an open roster spot, you know it's not a major one.

The Atlanta Hawks have acquired point guard Jeff Teague in a three-player trade with the Minnesota Timberwolves.

Minnesota also is sending guard Treveon Graham to Atlanta in a deal that returns guard Allen Crabbe to the Timberwolves.

Minnesota creates an open roster spot that could be useful in bigger trades before the Feb. 6 deadline.

Teague will serve as Trae Young's back-up the rest of the season and then become a free agent. He's gotten some criticism this season in Minnesota were being a bit of a ball hog, so I'm not sure how he'll fit in Atlanta, but they can't get worse right?

People are speculating that this trade will kickstart the Wolves pursuit of Karl-Anthony Towns' buddy D'Angelo Russell. So far the Warriors are saying they won't move Russell by the deadline. Financially, I think the Warriors would be wise to look into a trade for rookie Jarrett Culver before Minnesota realizes how talented he is and decides he's too nice of an asset on a rookie deal to trade for a max player.

3 weeks til the NBA trade deadline. So far things are very quiet on the Celtics front. Then again we didn't hear any rumors prior to the Perk for Jeff Green deadline deal, nor for the Isaiah Thomas one, so who knows?