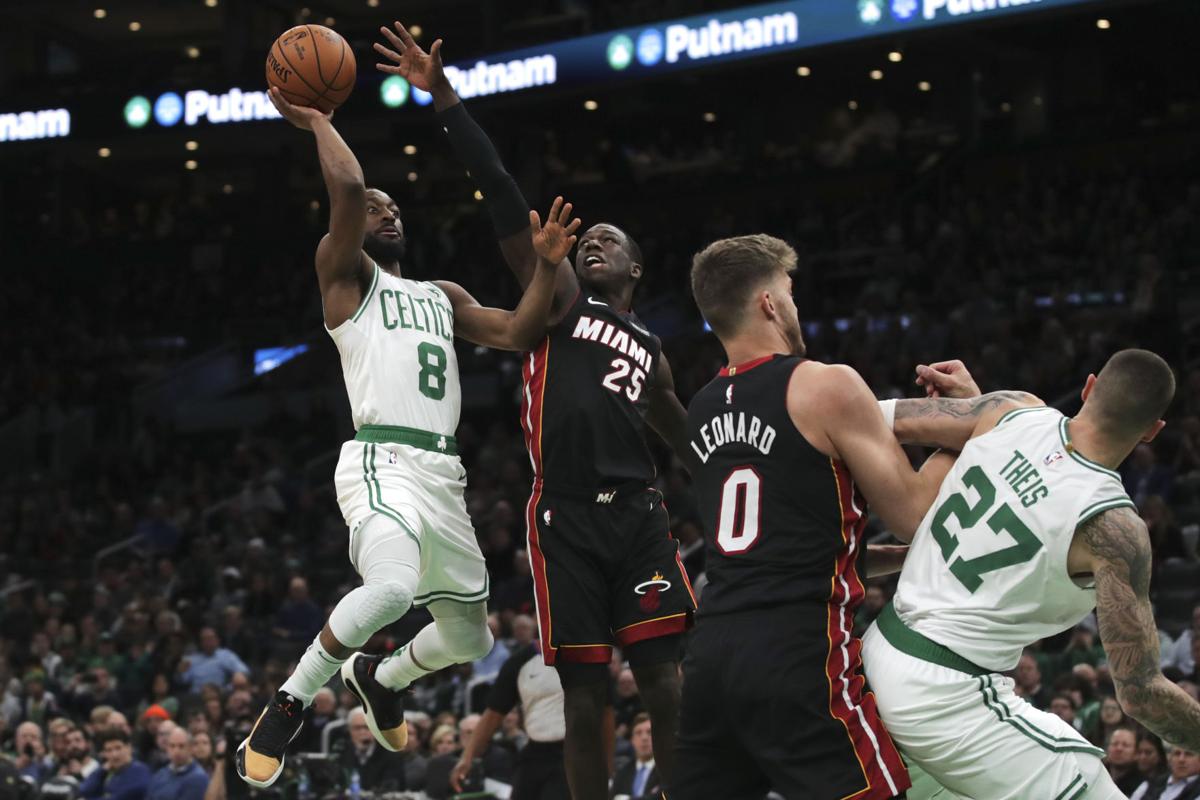 In late January of 1967, the Cincinnati Royals were scheduled to play on six consecutive days – the Miami Heat wrapped up the modern NBA’s equivalent of such a marathon Wednesday evening against the Celtics in the TD Garden. The surprising early-season contenders from South Beach were competing for the eight time in 12 “playing dates” (13 days), six times on the road.

Fittingly for a “marathon” concluding in Boston, the Heat had to face their “Heartbreak Hill” the night before in Toronto, a hard-earned Overtime victory over the defending champions.

Miami started strong in both ends of this week’s tough back-to-back, assuming early leads and playing from in front through most of the first half … but thanks in part to the prior evening’s extended play, the Spoelstra-less (Congrats, Pop!) Heat ran out of gas after last night’s intermission. (A fresh team doesn’t yield 26 Points off TO’s. Combining TO- and 2nd-Chance-Points, Boston was +20 for the game.)

This game – coming on the heels of back-to-back “off” days – was the C’s second “Schedule Win” of the season. They have not squandered either opportunity.

In that six-game stretch back in 1967, Oscar Robertson and his team went 4 – 2, even winning on both the fifth and sixth nights.