Should the Boston Celtics make a push to acquire Bradley Beal? 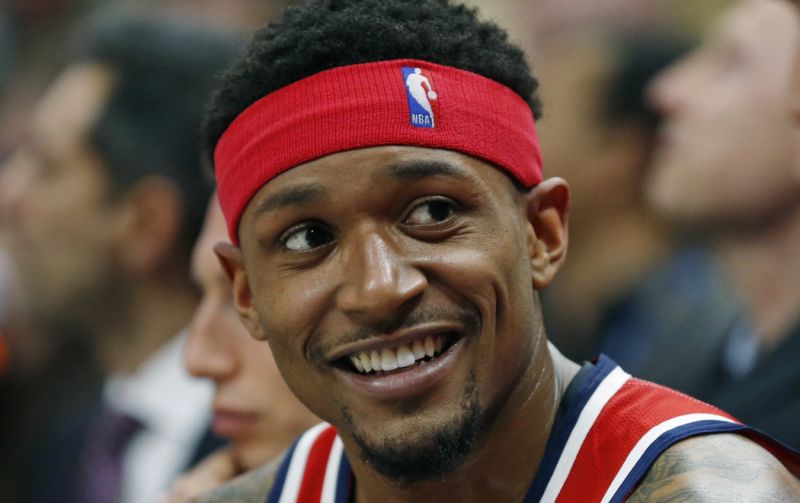 Bradley Beal of the Washington Wizards has been part of trade rumors all summer long. Rumors were hot for a stretch, but they died down a bit when Washington said they weren’t trading him and Beal confirmed his affinity for the franchise. The talk has not gone away on the Twittersphere, however.

Will Bradley Beal and the #Wizards find a way to win and stay together?#DCFamily pic.twitter.com/K3rSBWWjwg
— Wizards Nation (@WizardsNationCP) July 14, 2019

Sometimes where there is smoke, there is fire. Trading Beal makes a lot of sense for Washington, especially if they can unload John Wall’s monster contract onto another team. If they wanted to reset the franchise and go full tank/rebuild, they may have takers. The Miami Heat have been mentioned as a possible suitor in this scenario. There would need to be a lot of big contracts in the transaction to make the money work, but it is doable and the Heat are seemingly very motivated to make it happen.

Tommy Sheppard, Washington’s GM, recently said that they will offer Beal a 3 year/$111 million extension “at the first moment allowed,” according Adrian Wojnarowski. The NBA will have their eyes on this situation, because if Beal doesn’t sign, Sheppard’s phone will be going off more than Woj’s at the start of free agency.

"That might be one of the safest bets in the house ..."

In a time where players have tons of power, Beal could essentially make the decision to stay in D.C. or force his way out the door. We’ll be keeping an eye on this over the next week, as the extension can be offered on Friday. If things materialize where the Wiz are stuck between a rock and a hard place, where do the Boston Celtics fit into the equation?

Acquiring Beal and pairing him with Boston’s newest star, Kemba Walker, would give the C’s an All-NBA backcourt. This seems like a no brainer on the surface, after Beal posted career highs in points per game, rebounds per game and assists per game (25.6/5.0/5.5). The question that Danny Ainge and company needs to consider is, at what cost? The Celtics would not be willing to take on Wall for obvious reasons.

According to ESPN’s Trade Machine, a trade package including Jaylen Brown, Marcus Smart and Romeo Langford for Bradley Beal works financially. Looks like someone else has the same line of thinking, which could include draft pick compensation as well. 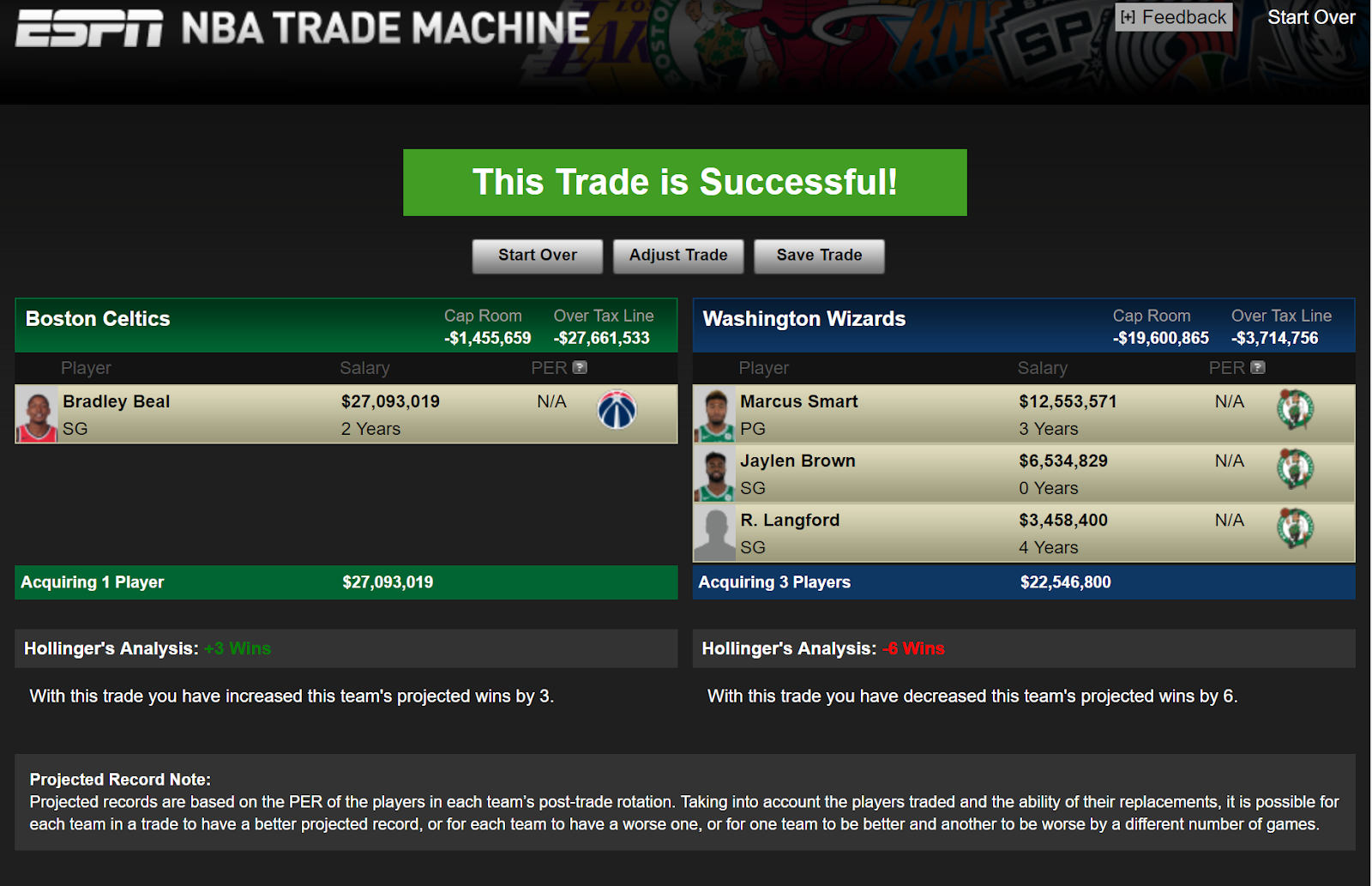 For me, this is a lot to give up, especially if the Wizards lose leverage with Beal potentially forcing their hand. I’m sure another team could get involved to ease what the Celtics have to give up, but if we’re just focusing on this example, I have to think long and hard, all things considered. A big question that we do not know the answer to is: Does Danny Ainge want to keep Jaylen in town for the long term?

Look, if the Celtics are on the fence about Jaylen already, who is lining himself up for a big payday next offseason, then you can consider putting him in a trade. Jaylen will likely fetch $22 million per year in restricted free agency next summer and I’m not ruling out that he receives a more lucrative offer considering the free agent class is not as good in 2020. So, if the Celts aren’t going to match a deal for him, then Ainge will strongly consider this.

I’m excited to watch a motivated Jaylen Brown this year, so I’d be a bit disappointed. But if he yields Bradley Beal, who at this point could be Brown’s ceiling, then it gets you thinking.

The kicker, though, is adding Marcus Smart for salary-matching purposes. I’ll spare the Marcus love for those winning plays during the season, but we all know what he brings to the team. Losing him in the deal would hurt the defense and culture for the Celtics.

Jaylen and Marcus would be a haul for the Wizards. They would have the ability to match anyone on Jaylen’s next contract, which you would expect they would, considering that he is a young player with a lot of untapped upside. Marcus is a top-six player on an NBA contender with a really team-friendly contract at this point. And I’d be okay with letting Langford go if one of Brown or Smart could stay, but since the salary-matching won’t work without those two, let’s see how Landford takes to the program and develops before shipping him away. Remember, he was a top-five recruit in the country not too long ago.

Here is a peak at what the starting lineup could look like if Beal is brought in with the deal explained above:

Is that starting five attractive enough at the expense of the bench?

The bench is thin, but it may be anyway. If this is what Brad Stevens is tasked with, he may consider moving Hayward to the bench and inserting a more traditional power forward to spread out the depth.

I would be excited if this is what the Celtics were rolling out every night because Beal is a stud, but I’m fond of Brown and Smart. It would be a lot to give up, what do you think?