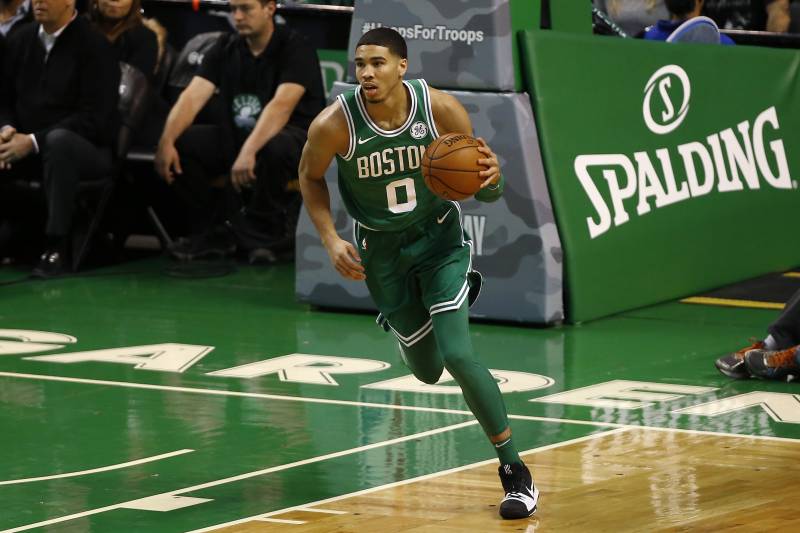 We all have a friend or family member who has made a bad decision in their life. Focusing on the lesser scale of bad decisions, we’ve poked fun at their bad haircut or outfit decision. At least that’s how it goes with my group of friends. But if you noticed someone else putting down your buddy, you would stick up for your friend regardless if Edward Scissorhands hacked up their head or not. He/she is an idiot for sitting down in the apprentice’s chair, but he is your idiot.

I got that same feeling when I saw Jayson Tatum’s new tattoos. It’s okay for me to have a little fun at his expense since I root for him like an overreacting dad at their kid’s Little League game. But if I see a Celtics or Tatum hater taking their liberties, then it’s on.

And will you look at that? While I was digging on a couple pictures to post here, I found that he got another tattoo on his calf. Looks to be a tribute to Nipsey Hussle. Fair enough. The kid is getting sleeves on his leg and there's no stopping it.

I wonder if this is tattoo season for Tatum, since he got a couple of questionable thigh tattoos last year in the late summer before the season. Players these days wear a lot of knee pads and compression pants, which may come in handy for Tatum this year.

But don’t let me catch someone else making fun of his tattoo outside our circle, or I’ll have to defend him like it was a great idea. I have no choice.