Can Grant Williams be the greatest #12 in New England sports history? 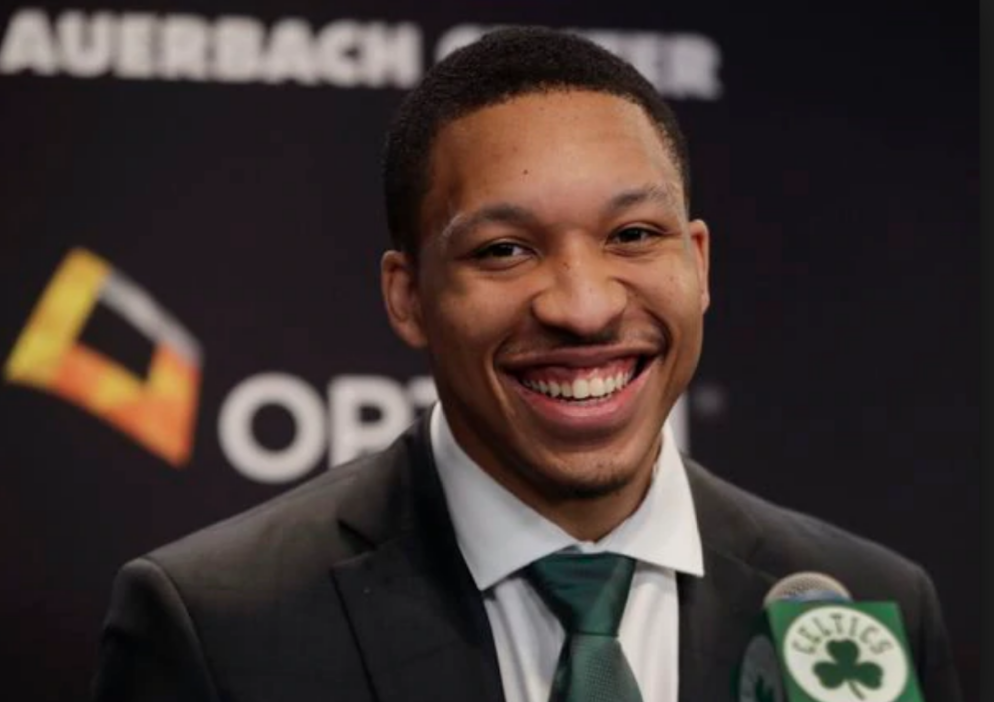 Grant Williams obviously has a long way to go to even sniff the greatness of New England’s favorite son, Thomas Edward Brady, who famously dons the number twelve for the New England Patriots. After Grant recently announced his intentions to change his summer league number to twelve, it got me thinking. The title was more click-bait than anything else, but while you’re here, it’s fun to look at some recent number twelves for the Boston Celtics.

The number twelve has been worn by more players (33) than any other number in Celtics history. You’d be hard-pressed to find an impact player that wore the number, though. For the storied franchise that probably retires too many numbers, G-Dubs is going to give the number a whirl and try to cement his legacy as the best player to rock the number in C’s history.

Art Spector was the first Boston player to wear the dozen on his jersey in 1947. If you know who that is then you are even more of a Celtics geek than I am. There’s not many people alive that saw him play in his 169 career games, and even if they had, I doubt they’re surfing the internet to read Celtics blogs right now.

Don Chaney was the longest tenured Celtic to boast the number, as he played parts of ten seasons (1969-1980) and 652 games for the C’s. He is a two-time NBA champ and a five-time NBA All-Defensive player, so his contributions to the franchise wearing number twelve should not be overlooked.

After some quick research, it looks like Dominique Wilkins is the only Hall of Famer to wear twelve for the C’s, although he made his mark as an Atlanta Hawk. If you’re 35 years old or older, you may remember that ‘Nique was the last big free agent signing before the Celtics’ success in free agency in recent years. He was a monster throughout his career, famously battling Michael Jordan in dunk contests, but his one season in Boston should be described as average.

Now that I’ve bored you with some Art Spector, Don Chaney and Dominique Wilkins talk, let’s look at some more recent names that you may remember that had the one-two stitched on their back:

Ricky Davis, 2004-2006 - I loved me some Ricky Davis. He played on the Celtics during their lean years, but he was fun to watch nonetheless. Ricky was a microwave scorer that could light it up in short bursts and could win you a game off the bench as your sixth man... or he could lose you a game by making some ill-advised shots or decisions on the court.

Leandro Barbosa, 2013 - There were six players that wore the number between Ricky and the Blur, but Barbosa deserves a mention here. He had a solid career as a scorer off the bench, most notably for the Phoenix Suns. However, Barbosa was nothing more than a recognizable name that didn’t do much for the C’s in his 41 games played.

Terry Rozier, 2016-2019 - After three players (Dwight Powell, Brandon Wright and Tayshaun Prince) wore number twelve for the C’s in 2015, Scary Terry provided some stability to the number for the franchise. Terry came to the C’s as a reach as the #16 pick in the NBA draft, but showed flashes in his time here. He showed he could be a starting guard in the league when given the opportunity while Kyrie Irving wasn’t healthy or needed rest, especially during his great run in the 2018 playoffs. Scary Terry’s tenure didn’t end well in Boston, as he couldn’t carve out an effective role in his last season playing back-up minutes behind Irving. That was all before he went scorched-earth on ESPN after the season and spoke openly up the team’s difficulties. His history has yet to be written because he will get every opportunity to prove he is a starting point guard for the Charlotte Hornets after getting PAID (3 years for $57 million).

Now here we are with Grant Williams and his hopes to make a mark on the franchise while making the number 12 famous in the green and white. He doesn’t necessarily profile as a star in the league, but he looks like he can contribute almost right away as a forward off the bench. In the short time I’ve got to follow Williams, it seems like he has the ability to effect winning with his play, but will also be an asset in the locker room and for team culture.

If I was viewing the world from my green-colored glasses, then I’d say Williams would be the last player to wear the number for the Celtics. You might say that I’m being overly optimistic, but after the Patriots turned the #199 pick in the NFL draft into the best football player of all-time, can you blame me for not ruling anything out?