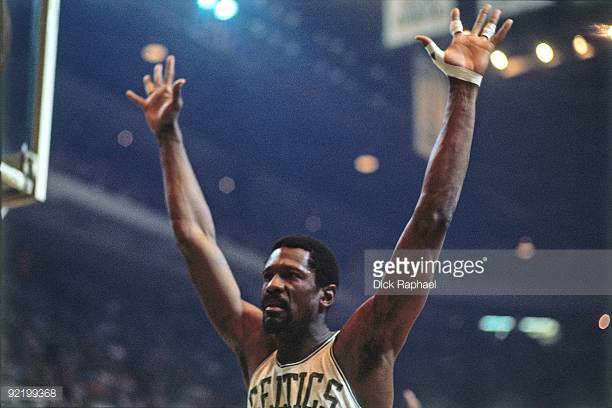 On an early May evening precisely 50 years ago, this year’s recipient of the Arthur Ashe Award for Courage played the Final Game of an illustrious professional career, winning a championship ring for which he had no more fingers.

The 35-year-old player-coach was likely the only person in attendance at LA’s Fabulous Forum on Monday, May 5, 1969 who was fully aware of that game’s finality for him. In a full 48 minutes of work, the Hall of Famer tallied a mere six points that night but did contribute 21 rebounds and a team-high six assists to the 10th Game 7 victory (against no defeats) on his post-season ledger. 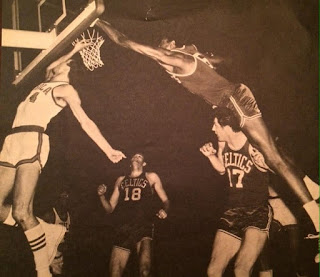 Bill Russell would reveal his decision to step down three months later in Sports Illustrated.

Four years later – on that very same floor and with no more public awareness of the magnitude of the moment – Bill’s chief rival would reach the conclusion of his record-setting basketball journey … except Wilt Chamberlain didn’t know that Game 5 of the 1973 NBA Finals on Thursday May 10 would be his swan-song, a defeat in which he compiled 48 minutes, 23 points, 21 boards and nine missed free throws.

Even at the ripe old age of 37, but with two pro leagues in full operation, the entrepreneurial Chamberlain signed on to become player-coach of the ABA’s San Diego Conquistadors. However, a federal court upheld the still-in-effect “Reserve Clause”; thus Wilt never suited up – for the Q’s or any other professional basketball team.

In his final season with Coach Bill Sharman’s defending champions, Big Wilt was still logging 43 minutes a game for his 82 regular-season efforts – 47 per in 17 playoff tilts – and flaunted a career-best .727 FG%, leading the loop for the ninth time in his 14 tries.

Unlike Russ – who was ready in 1969 to move on with his life on several fronts – Chamberlain in 1973 retained the desire to play and the determination to do it on his own terms.

Uncharacteristically, Wilt’s wish was not granted … albeit, it took the intervention of the Justice System! 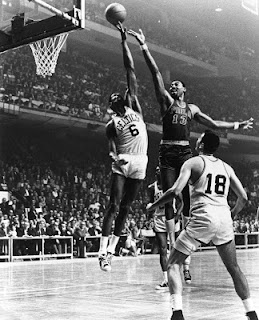 You see, even without the benefit of representation (i.e. an agent) or the backing of a truly viable Players’ Association, Wilt Chamberlain laid the groundwork – even wrote the playbook – for this current era of Player Empowerment. While the legal phrasing had yet to evolve, Mr. Chamberlain was well acquainted with the notion of the modern-day “one-year contract with a player option” – those seemed the implied conditions for his service and that service was so valued that he got what he wanted … until he followed through on his oft-uttered threat to “jump” to the competition.

By that point in history, the landmark “Oscar Robertson Case,” which struck down that pesky Reserve Clause and enabled “Free” Agency, was winding its merry way through the courts. Its outcome sparked the NBA’s clunky, compensation-filled road to that “freedom” and all its riches … and also gave purpose, direction and ultimately power to a much higher-profile NBAPA. By the time Michael Jordan’s generation began to arrive, a condition-less Free Agency had been negotiated into existence – a “level playing field,” so to say.

And now, as the second decade of the 21st Century hastens to a close, and pro hoops chooses up sides for next season’s on-court drama …

… as Sports Illustrated is featuring on its cover Rich Paul, business partner of the now 34-year-old LeBron James …

… NBA players have systematically accrued almost as much clout within the league as Wilt wielded back in the day.