In a previous article, I stressed the need for the guys in green to attack the paint starting with the upcoming season. Equally important may be the need for the Celtics players to start racking up more assists. Look at Golden State's win in Game 2 over the Raptors. The Dubs passed off for 34 assists to Toronto's 17. Their assist percentage was an astounding 89.5% in that game. 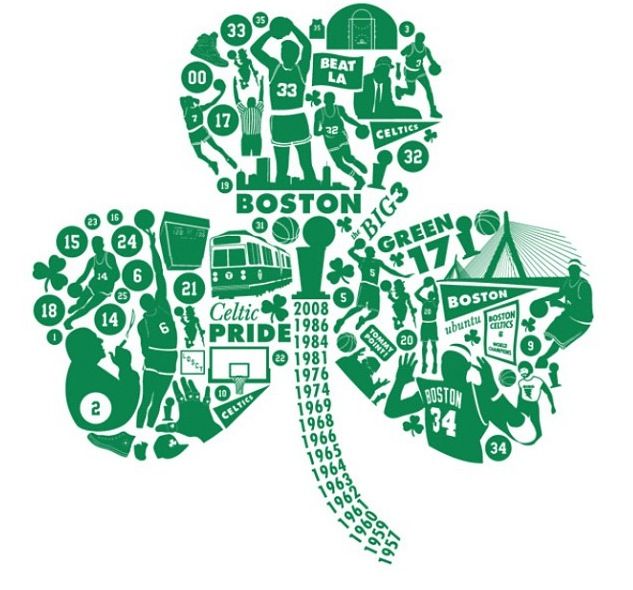 For Brad Stevens' ball-movement offense, this just doesn't work. Too much of the assist load was on Irving's shoulders, as well as too large a share of the offensive burden. After Horford's 4.4 APG, the fall-off on assists/game was too great. The Jay Team, Hayward and Smart simply need to move the ball more and with better efficiency.

If Kyrie returns to the Celtics for a third season, the ball needs to be in his hands less. All too often, his teammates became spectators as he did his magic act - and to be fair, he often carried the team at times. Should Irving depart Boston, there is no logical reason why Marcus Smart can't step in as lead point guard. Jaylen Brown-at-shooting-guard works fine. Tatum at SF/PF is a fit. Which brings me to ---

The Warriors drafted Curry, Thompson and Green at the 7th, 11th and 35 draft slots, respectively in 2009, 2011 and 2012 - and they brought in Iggy in 2013 as a veteran presence. The Dubs are fighting for their 4th Championship in the last five years - not bad at all for a 30-team League. I am quite sure one of Danny Ainge's back-up plans (or even his primary one) is to build around Smart and the Jay Team.

If Al leaves, the Celtics will miss, among other things, his veteran stability and leadership. We can't forget what Iguodala added to Golden State. He is a 3-time Champ and 2015 Finals MVP - all of this in a back-up role. There are some lessons to be learned from the Warriors. I have faith in Danny Ainge to know what his team needs to get back into serious contention. My optimism is endless.