Paul Pierce finally tells the truth on the "wheelchair game" - & it stinks!


I've often thought about just how shitty it must have been to be a Los Angeles Laker fan in the 2008 NBA Finals after having seen the heart and soul of the Boston Celtics go down with an apparent knee injury, carted off the court in a wheelchair, only to come back and play just a short time later. 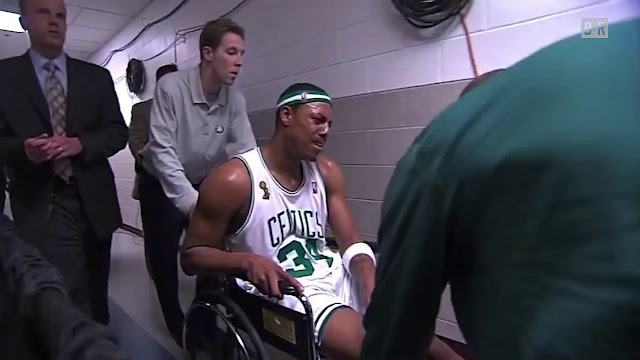 Mind you, I didn't feel bad for them, but had I known just how shitty it really was, well - like many of you, I would have viewed this seminal Finals event, shall we say...differently.


Tonight, 11 years to the day of that most dramatic of moments, the Truth finally told us it, and it might just leave a bad taste in your mouth. All the speculation about a faked injury aren't even the half of it - watch the video above for all the gory details.