Ainge on Kyrie's FA: hasn't said "he does not want to be here next year"


When it comes to the big Silly Season, go with what you know to stay sane. 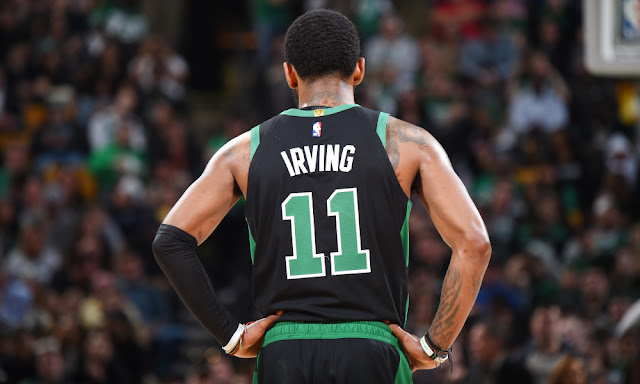 By "big Silly Season", I mean one of the two times a year (including the shorter week or two leading up to the midseason NBA Trade Deadline in February) there are a host of "sources" with "intel" that's, as often as not, an attempt to shape the narrative and direction of certain player's and team's decisions.

#Celtics Danny Ainge said there are ongoing conversations with Kyrie Irving, added that Irving has not indicated he does not want to be here next year. @CLNSMedia @CelticsCLNS
— Scott Souza (@Scott_Souza) June 5, 2019


Perhaps as emblematic of that as anything is the cloud of rumors swirling about Kyrie Irving, who is, if we are to believe varying accounts, either headed to the Los Angeles Lakers, the New York Knicks, the Brooklyn Nets, resigning with Larry Legend's squad, or perhaps joining a cult.

Ainge asked about Kyrie..."is there wedding still on?"


What we do know is that Irving is in many ways the nexus behind a series of moves that could re-shape the league substantially, and so has many a suitor willing to murk up the waters in the hopes it helps things break right for their aspirations.


When Danny Ainge made his first appearance since having a minor heart attack near the end of the season, he quietly sent a broadside towards all of those rumors, suggesting that what the Cs know, at the very least, is that some of the certainty proclaimed by a lot of these oracles may be a bit suspect.