Paul Pierce could be out at ESPN 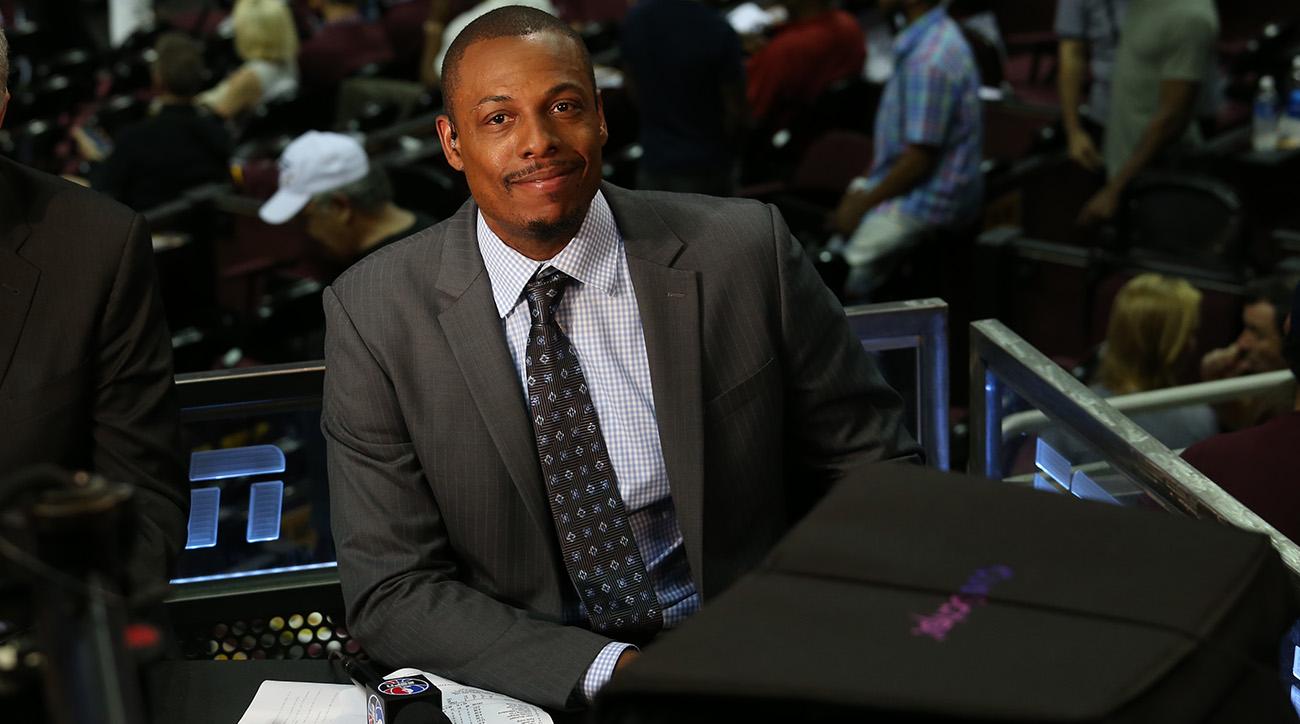 SOURCES: Sports by Brooks has learned that Michelle Beadle will not return as the host of ESPN's NBA Countdown next season. SbB has also learned Chauncey Billups and Paul Pierce won't return as fulltime analysts and that Maria Taylor may take over as host. https://t.co/2NhDGtve7I
— Sports by Brooks (@SportsbyBrooks) June 12, 2019

We'll wait until we hear from more sources on this, but The Truth might be out at ESPN. Or at a minimum, he'll be getting a lesser role. ESPN has long attempted to try and find the right mix to complete with TNT's extremely popular crew, but as of yet haven't gotten close to fining it. I guess they'll try again next season with a new group.

Obviously ESPN won't officially announce anything until after the NBA Finals have completed. What did you think of Pierce (and his predictions) on ESPN?

Related: Paul Pierce launching line of CBD products
The Truth is now denying he did a #2 in Game 1 of the 2008 NBA Finals