Now that Anthony Davis is off to La La Land, can we get back down to business?


Count me as relieved. Anthony Davis is off to the place where he wanted to be all along. With that variable off the table, where does Danny Ainge go from here. 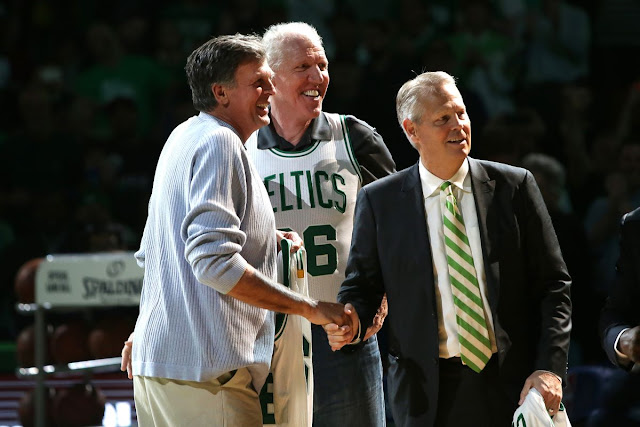 If we learned anything from this years post-season, it is that nothing is set in stone. The old adage, "Get into the playoffs, and anything can happen", came true once again. Age and injuries finally put an end to the Warriors Championship hopes. Other teams have been copying the Dubs position-less basketball for some time, and now we can expect teams to go all in on putting that right superstar in place for a Title, much like the Raptors did acquiring Kawhi Leonard. As a matter of fact, the Lakers just did that with AD. Or at least they think they did.

Don't get me wrong - Danny Ainge is far from done generating trades and various deals in his head, but knowing that the Jay Team is still here, at least for now, is energizing to me. Ditto for Marcus Smart. He often is forgotten in discussions of future success, but not by Danny.

This is the trio we build around - Jaylen Brown, Jayson Tatum and Marcus Smart. Al Horford's decision on his player option comes due in two days. A two or three year deal for fewer dollars per season works nicely if he opts out. It is not mandatory, but another big man to pound in the middle is just a good idea - and I am not ruling out Rob Williams if he works his ass off this summer. Speaking of summer work, expect Gordon Hayward to come back in September restored to what we expected prior-injury. And I still think Clint Capela at the right price is a decent option. But Ainge really needs to put his mind and experience in gear to get some real value out of his three first-rounders.

Time to build around the homegrown talent.

Need Ainge to hit on a couple of these 1st rounders in next week's draft. pic.twitter.com/uV1jMdqkDM

So Davis is gone as far as Boston is concerned. Take a deep breath. Al's decision is due on June 18. The draft is June 20. Kyrie Irving's "Ask me on July first" exclamation becomes reality in about two weeks - 3:00 PM ET on June 30, to be exact. Will he go to the Lakers? I doubt it. The Nets? Highly likely. Stay with Boston? Slight possibility,but he needs a different outlook and attitude. Time to take care of business.