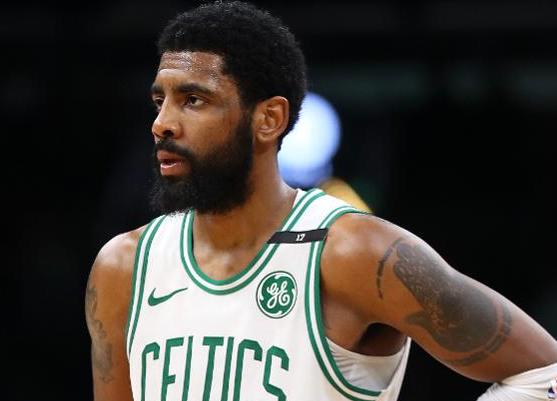 6x NBA All-Star Kyrie Irving’s time with the Celtics appears to be coming to an end, with the point guard set to opt out of his current deal in order to become an unrestricted free agent. Both the Los Angeles Lakers, New York Knicks and Brooklyn Nets are believed to be going all out to secure the services of the former NBA champion, with a return to the big apple appearing to be the most likely option at this stage.

Sources close to Irving have suggested that the Nets are the favorites due to his desire to return to New York, with former Celtics and Knicks guard Nate Robinson also stating that this is the most viable option. Irving has recently voiced his displeasure with the Celtics’ lack of experience, while the Knicks were reportedly targeting both Irving and Kevin Durant in 2019, with the latter status drastically changing after an achilles injury which could see him sidelined for the next season.

As a result of a potential pairing with another star, it is the Knicks who are the current favorites with the bookmakers to do a deal with Irving, with a large number of basketball Promos and bids being found online at present. The Knicks have two spaces for free agents, along with the third overall pick in the draft, with the arrival of Irving potentially making one of the standout teams in the Eastern Conference.

A move to LA would appear unlikely following Irving’s history with Lebron James, despite the duo having recently been spotted in Hyde together. Irving was believed to be sick and tired of playing in James’ shadow in Cleveland, before demanding a trade to the Celtics in 2017. The recent arrival of Anthony Davis means the Lakers need a point guard to replace the minutes played last year by Ball and Hart.
Meanwhile, some have questioned the Nets need for Irving, with the likes of D’Angelo Russell and Spencer Dinwiddie having shown their talent at guard this season.

Cleveland's owner Dan Gilbert recently commented on the trade that brought Irving to the Celtics, with his opinion having seemingly proved correct following an indifferent spell for the Olympic gold medallist in Boston. Having missed out on the 2018 playoffs following a serious knee injury, Irving was unable to prevent the Celtics being knocked out by the Milwaukee Bucks in Round 2 this time around.

One thing that is clear is that Irving’s time in Boston is almost certainly over, with the writing having been on the wall when the 27-year-old was reluctant to declare his intentions with the media during the regular season. Irving shot at less than 35% from the floor in four consecutive playoff games, leading to many questioning his performance and leadership of young Celtic players. As a result, fans at the TD Garden are mostly confident that the team will be fine with or without Irving.

Despite winning Game 1 of their playoff tie with the Bucks, the Celtics were eventually comfortably defeated by a 4-1 scoreline, with Irving having not pulled up any trees against Milwaukee. The departure of Irving would put more emphasis on Gordon Hayward, however the small forward has been playing some of the best basketball of his career of late, while Marcus Smart has also outperformed Irving at times in 2019.