The Brooklyn Nets have reportedly traded Allen Crabbe to the Atlanta Hawks, potentially opening up enough space for two max contract free agents this summer, and are reportedly going all-in for Kyrie Irving, according to ESPN's Adrian Wojnarowski.

Kyrie Irving is serious about the Nets -- and the Nets are serious about beating the Knicks -- and rest of league -- to the biggest free agents in the marketplace, per league sources.
— Adrian Wojnarowski (@wojespn) June 6, 2019


The deal, which sends Crabbe, the 17th overall pick in the 2019 NBA Draft and a lottery-protected 2020 first-round pick in exchange for Taurean Prince and a 2021 second-round pick, represents a not-small expenditure of assets for a team not exactly rich in them, thanks in no small part to the Boston Celtics. 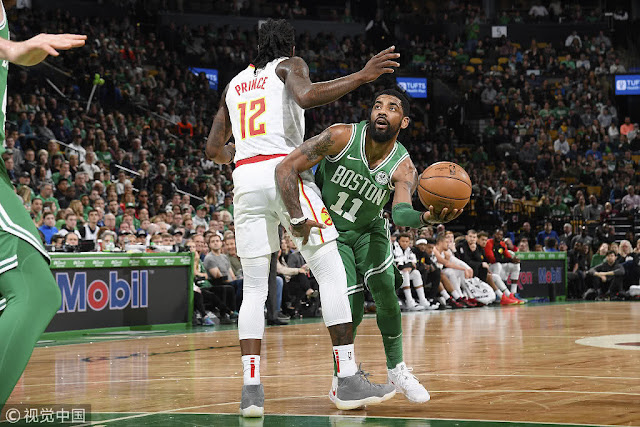 While it may be the case that the move was made to get off of Crabbe's oversized deal to position themselves to capitalize on signing hoped-for targets in free agency, burning multiple firsts to create cap space is a strong signal they have multiple targets in mind, and firmly believe in their chances at signing their targets.


Even with reports those targets include Kyrie Irving,  who is described as "serious about the Nets" (whatever that means), Irving's mercurial nature suggests that, even now, such a get for Brooklyn is far from certain.


But whatever happens with that freshly-created cap space, it's quite likely the Nets will be a rising force in the NBA's Eastern Conference.