Kyrie Irving doesn't like Boston? Really? That seems to be the case. Let's face it - it just didn't work out. Early on, our hopes were high. A superstar point guard that we all hoped would be a franchise player and lead the Celtics to a Title. Didn't happen. And worse, Kyrie seemed to sour on his young teammates, his coach, his general manager - and maybe the entire city of Boston. 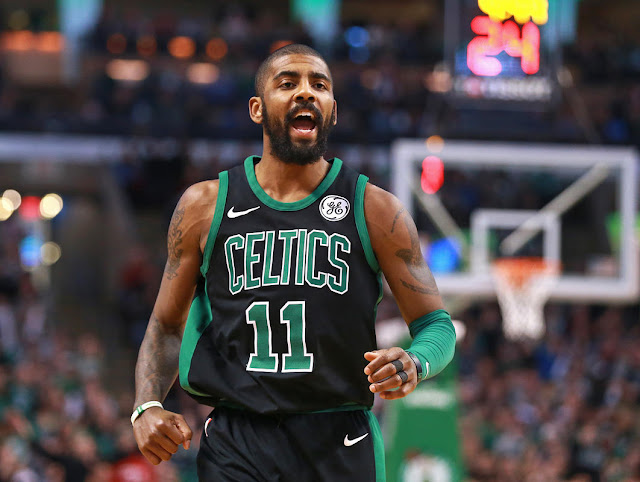 We saw the transition. Kyrie's jocular pokes at Celtics fans, the media - and frankly anyone paying attention. It was harmless, or so we thought. I kind of liked the Flat Earth Theory stuff, and even wrote about it. I felt he was trying to gain attention. Then the losses built up, and the harmless mind games turned to sour post-game interviews. A Celtics team that was projected to end up with the top seed in the East was faltering.

It became obvious that Irving was not enjoying his tenure in Bean Town. Something was amiss. Was it the inexperience of the Celtics youngsters? Was it the coach? Was it Danny Ainge? Or was it the City of Boston (per NBC Sports Justin Leger):

Irving's probable destination is the Nets, but Brooklyn apparently has reservations about signing the six-time All-Star guard to be the team's centerpiece. While that makes Irving's next move a bit less predictable, a return to the Celtics remains unlikely.

The reasoning for that is simple: Irving just didn't like all that came with being in Boston. ESPN's Jackie MacMullan explained Irving's disdain for the city on the "Brian Windhorst & The Hoop Collective" podcast.

Stevens and Ainge aren't the only members of the Celtics organization Irving reportedly had issues with. Chris Mannix of Sports Illustrated said Wednesday he had poor relationships with teammates Jaylen Brown and Terry Rozier as well.

In addition, MacMullan speculates Irving not liking Boston may have played a role in his close friend, Anthony Davis, not wanting to join the Celtics.

Danny Ainge could not have envisioned this when he traded for Irving. I have no issue with Kyrie's absurd skills on the hardwood. I only question what goes on in his mind. I love the city of Boston, and I love the Boston Celtics - despite what flaws may be present. Couldn't Irving have handled the transition from Cleveland to Boston in a more-refined manner? I would think so.

To my way of thinking, wisdom is simply a combination of intelligence, common sense and life experience. It appears that Kyrie has a ways to go on that quest. I truly wish him well in Brooklyn, if that is where he chooses to go. I have cursed the city of Boston and the Celtics on rare occasions, but I love both dearly. I doubt Brooklyn will supply what Kyrie feels he is missing in life. He is on a quest. I feel he could have ended his search in Boston.