The other little guy from the NBA draft, Tremont Waters, out to prove doubters wrong


What has happened to Danny Ainge? Has he suddenly developed an affinity for little guys - he took two of them in the second round of the NBA draft. You probably already know about the offensive spark plug, Carsen Edwards taken by Boston with the 33rd pick via Philadelphia. The Celtics then took Tremont Waters at #51. 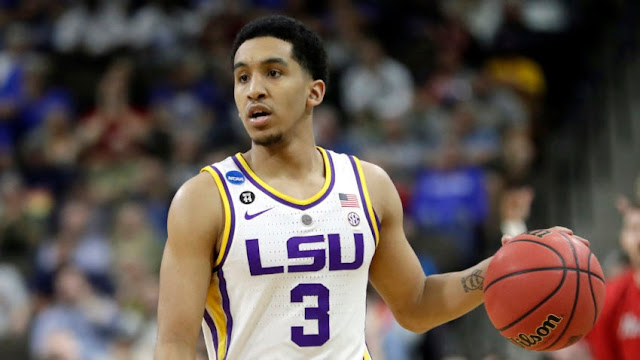 It may be best for Waters to speak for himself (per Boston.Com's Hayden Bird):

“My biggest goal and achievement I want to achieve is to just prove that size doesn’t matter,” Waters continued. “It’s about the size of your heart and the size of the bubble that you’re in. You have to keep your circle small, but I have a huge boost of ambition within me.”

Late second-rounders that stand under 5'11" always have a battle ahead of them if they reach the NBA level. But Tremont feels he is ready, and who can doubt him. Frankly, after last season's debacle, Celtics fans just want their players to give all they have. It all starts with Summer League roughly a week from now. I would not doubt that Tremont's "huge boost of ambition" will propel him into some role in the Big League.