Yes, it's true. Dan Shaughnessy, long-time Boston sports writer, has stated relative to the Celtics recent transactions, "This is a rebuild. I'm Too old for rebuild. I'm not interested." Dan has often been known as being too critical and negative since the early 80's (more on that in a minute), and age and life's wear and tear have not improved any of that. 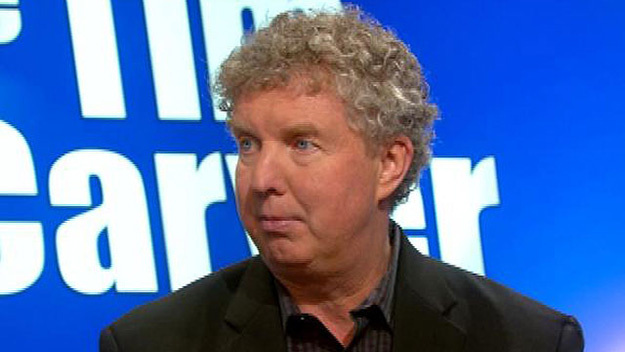 Are the Celtics in a “rebuild”? Dan Shaughnessy thinks so, and he says “I’m too old for rebuild, I’m not interested” pic.twitter.com/keR2FJYa5T

Shaughnessy is 65 years old, 10 years younger than me. I am finding what is going on with the Celts invigorating. This stuff makes for great stories. Maybe he has just had it - maybe writing about sports since 1981 has taken a toll. But apparently, he has been like this from the start (per Wikipedia):

Shaughnessy is often referred to by his nickname "Shank," given by the 1980s Boston Celtics team[1][2][3] for the often unflattering and critical nature of his articles.

Considered by some Red Sox fans (and some players) as being overly negative and critical, he earned the pejorative nickname "Curly-Haired Boyfriend" from former Red Sox player Carl Everett.

NO one cares what Shaughnessy has to say. Absolutely no one. This is NOT a rebuild. And to say the new guys won't contribute?? Really?? How about you give them a chance and see what happens. At least they have the right attitude.

This is what really got to me. Dan uttered, "You have these wonderful kids (Celtics rookies) who won't help or contribute next year." Danny Ainge never punts. He never goes into full-blown rebuild mode. And he is not done constructing the 2019-20 version of the Celtics. The kids? If they are likable, play hard and with passion for the game, I'm in - and excited. I am looking forward to some great tales of "these wonderful kids" being tutored by, and playing alongside, the Celtics veterans that remain with the team. Can we replace Dan's nicknames of "Shank" and "Curly-Haired Boyfriend" with "codger" and "curmudgeon"? Or was he simply having a little fun with the Celtics happenings and his advancing age? That may be it.