If true, Kyrie Irving not signing basketballs intended for charity hard to defend


As my readers know very well, I rely very heavily on information from ESPN's Jackie MacMullan. She apparently has indicated that, per sources, Kyrie Irving once knowingly failed to sign 100 basketballs destined for charitable organizations - the only one not to do so. 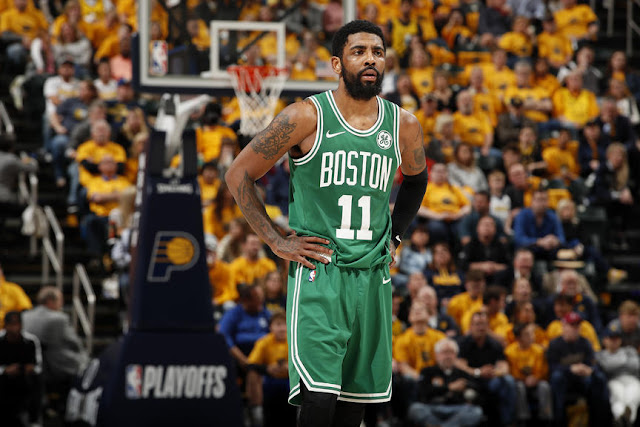 Jackie MacMullan: At the completion of the regular season, #Celtics set up 100 balls for charitable partners. Everyone signed them except Kyrie Irving. Pressed to do it, say sources, he was neither aggressive nor confrontational. He merely said, "No, I'm not interested in that."

So what was it? He didn't want his name and the young guys signatures on the same ball? He had writer's cramp? Something else irked him enough to abstain? Sorry, not good enough. Was there some basic principle by which he has lived his life that forbids such action?

When somebody asks me why I did, or didn't do, something, I often answer, "It's the principle." What Kyrie's here? Were the charities endless pits where 98% of cash raised goes to the organization's members? Did he disagree with the goals of the charities? I just don't get it!

Maybe it's just not true. Maybe the non-signing by Irving was taken out of context. We are looking at a superb athlete who worked his butt off last season for a failed cause, and admittedly, the fault was far from totally on his shoulders. Let's sprinkle a little blame on virtually everyone. But how does he defend this one. He might say he doesn't have to do so, and that it was his choice not to sign the basketballs. It is not his failure to sign that irritates me. "It's the principle."