Nothing is official yet. That can't happen at least until 6:00 PM ET tomorrow when free agency commences. What I originally viewed as a smoke screen may actually have some flames in it. When I hear something by ESPN's Jackie MacMullan, I take notice. On her appearance on Brian Windhorst's Hoop Collective podcast, Jackie Mac indicated that a deal sending Kemba Walker to Boston may be close to being finished. 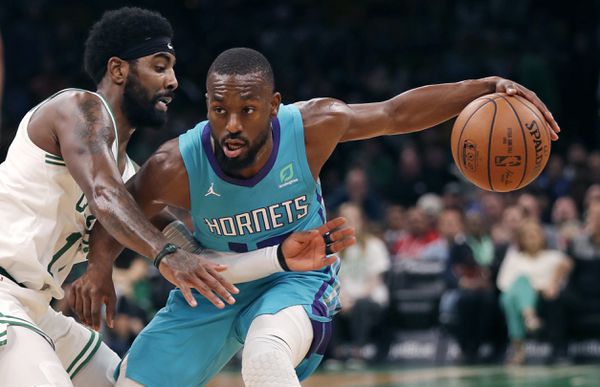 Kemba is eligible for a 5-year, $221 million super max contract if he stays in Charlotte, but he may prefer to take his services elsewhere for less money, and the Hornets may not try to halt that move (per MassLive's Tom Westerholm):

“I do think it will get done,” MacMullan said. “I think, wink wink, it’s sort of already done unless, because we always have to couch these things, unless Michael Jordan changes his mind at the 11th hour and decides to throw a lot of money Kemba’s way. But I don’t know, maybe the damage has already been done, not sure. I do expect Kemba to be here.”

So there is no guarantee. Michael Jordan may have a change of heart. Danny Ainge may decide that a big man free agent, plucked from the glut of bigs out there, may be a better move. There is no doubt in my mind that Walker would be a fine replacement for the apparently-departing Kyrie Irving. Kemba is a 3-time All-Star, and he has two NBA Sportsmanship Awards to his credit. That award is based on ethical behavior, fair play and integrity - something Ainge seems to be desperately trying to inject into his team this coming season. With MacMullan stating "I do expect Kemba to be here (Boston)", it would seem to have a high probability of happening.