Could Boston be trying to move up in the draft AND trade for a star?


With a crucial offseason for the Boston Celtics nearly here, I am hearing the team may not only be looking to move up in this evening's NBA Draft, but may be looking to add an impact free agent via trade, according to the Boston Globe's Gary Washburn.

More probable, though, is whatever path brings more value to the Celtics' new direction, their youth movement. With Kyrie Irving and Al Horford almost certainly on the move, and Aron Baynes likely joining them, look for a veteran big to be a target in free agency, though possibly in the range of the non-taxpayer mid-level exception. 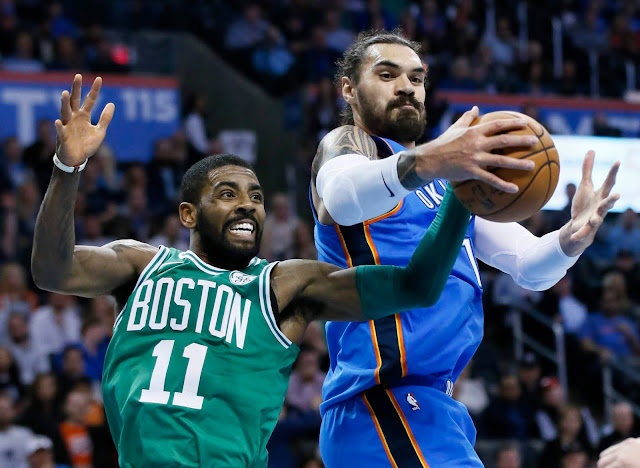 However, if the right move is there, the team might offer most of their remaining cap to a big who fits Boston's age curve and style of play. As of now, the team can get to $23 million in cap room by moving Baynes into another team's cap, and could get to almost $38 million if they renounced all their free agents.

With a respectable warchest to sweeten deals and a league in looking wide open with the Golden State Warriors likely hobbled with injuries next season, the range of outcomes tonight is so wide, it's hard to divine what Danny Ainge could be considering.


However, what we've seen before is that Danny tends to make bigger moves when most quiet, and at least of late, Danny has been quite scarce indeed, even in the wake of such high-profile exits.

Get ready...for just about anything..