According to ESPN's Adrian Wojnarowski, the Boston Celtics have offered Aron Baynes $5.4 million expiring deal in an effort to increase cap space. Baynes recently exercised his player option for the 2019-20 season, and now that contract is being shopped. 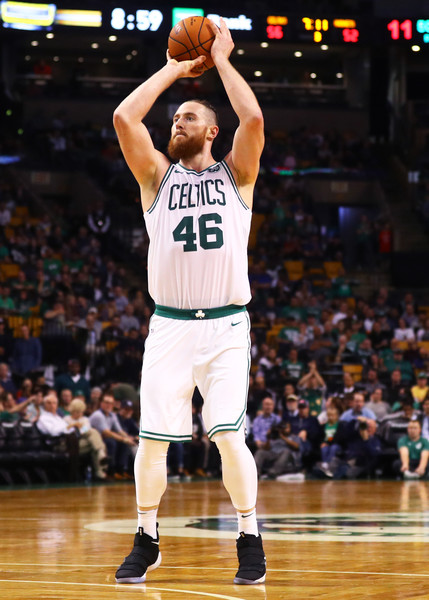 Boston has offered center Aron Baynes -- $5.4M expiring contract -- into salary cap space elsewhere, league sources tell ESPN. Without Kyrie Irving and Al Horford on the books, moving Baynes without taking back salary could get the Celtics to $23M in space.

The Celtics are reportedly looking for a talented center to replace the potentially-departing Al Horford. Nikola Vucevic and Clint Capela have been two names mentioned, and Oklahoma City has suggested that Steven Adams may be available. Stay with CelticsLife for breaking news on trades and the upcoming draft.