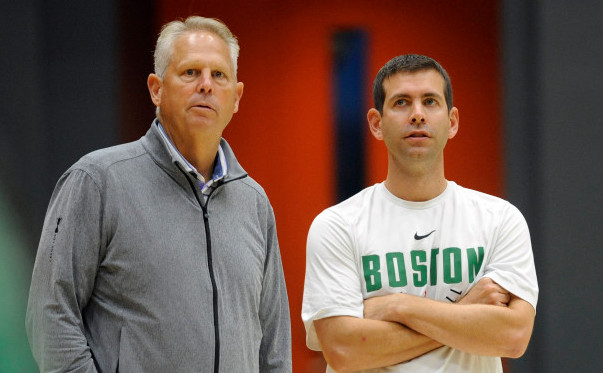 The Boston Celtics today reiterated their support for changing the order in which free agency and the NBA draft take place during the year freetips.com reports today.

The Celtics have been longtime supporters of having free agency occur before the NBA draft takes place. This season, given the uncertainty of the team's current roster, they are stepping up their support for making the switch. Director of player personnel, Austin Ainge, spoke out following the draft workout on Monday. The proposal was initially made by the Huston Rockets back in April 2018, but the Boston Celtics have always supported the change, and it is hoped that other teams will join in with the support.

"I have been a big proponent of switching the draft and free agency," Ainge said today. "I think that most teams build from veteran players first. If you have a top-5 pick, you're most likely a rebuilding team, so free agency isn't affecting that. If you have a top-5 pick, you're probably going to pick with that first but free agency doesn't affect you much. And then, all of the other teams, you more likely are fitting in draft picks in and around a veteran core group. So I think the calendar should follow our decision-making tree. So I think it should be switched."

The Celtics have found themselves particularly hampered this off-season and find themselves with three first-round draft picks to spend in the upcoming draft and would like to know where they stand after free agency before they have to spend their picks. For example, if Kyrie Irving and Terry Rozier were going to leave the team on free agency, then they would know that they needed to target a new point guard for the team.

A switch would also make trade deals between the teams easier. For example, if they made a deal for Anthony Davis, then New Orleans would know what players they wished to target with any draft picks they received as part of the agreement, and therefore can better evaluate the consequences of the deal. To most, it just makes more sense to have the draft and free agency this way around, and the Celtics have never received a definitive answer as to why the status quo remains.

"It's something I think we should look at very strongly when I ask why it is the way it is, no one has a great answer. Just inertia. Just history." said Ainge.
The NBA has always been open-minded to changes that make logical sense, and even something as simple as moving the draft forward by six hours would aid players and general managers alike.

What remains is that without the change, the Boston Celtics are going to be going into the draft blind to what their team really needs and that will lead to a weaker team all around, and they won't be the only team to suffer. Let's hope that they can improve the team for next season.