Pels Anthony Davis for Jayson Tatum and Marcus Smart? - say "No" to NO


I understand that the Celtics need to match dollars in any trade for Anthony Davis, but packaging both Jayson Tatum and Marcus Smart for AD is just too much to send away. Like it or not, the NBA has become a player's League - or should I say a superstar's League. It has become the NBA's version of musical chairs - and I don't like the melody. Danny Ainge loves Marcus, who just happens to be wrapped up in a team-friendly contract ($12.2 million for 2018-19) through the 2021-22 season. Tatum is signed through 2020-21 (team option). 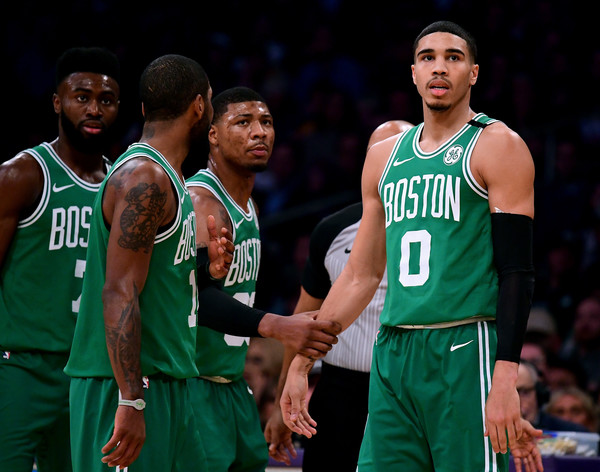 NBA source (who I trust a lot) told me tonight he thinks Boston is landing spot for Anthony Davis.

Davis has a player option at $28.8 million for the 2020-21 season. That makes any trade for him chancy enough - which, in turn, makes including Smart in any deal ludicrous.

I am not fooled by Jayson's lack of progression last season. That season is in the dead file. He did progress somewhat. His rebounding and passing improved, but his offense sputtered. Expect a breakout from Jayson this coming season. And I will add that Smart can now hit his shots at a decent clip while maintaining his defensive intensity. I can see why the Pels would want to pair him with Jrue Holiday in the backcourt. But I say "NO" to NO. Just too much to give up.