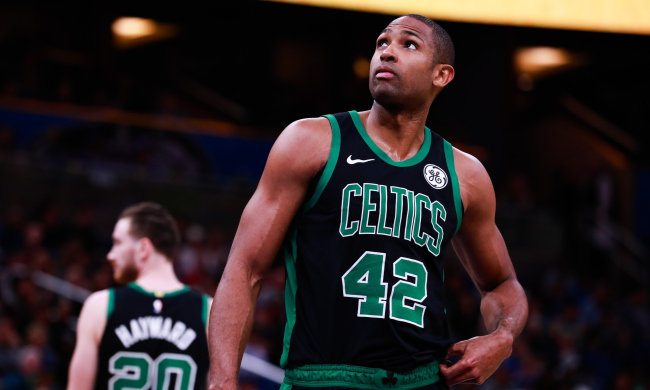 Joel Embiid has a lot of respect for Al Horford after their battles the past couple years in both the regular season and playoffs. Now they are teammates -- and both can allow the other time to rest periodically throughout the regular season. Should be a terrific partnership.
— Tim Bontemps (@TimBontemps) July 1, 2019

Woj on ESPN said the Celtics offered Horford 4 years but the gap between what the 76ers and Boston were offering was significant.
— Toucher and Rich (@Toucherandrich) July 1, 2019

(2of2) The idea of keeping Horford while also getting Kemba was amazing, but extremely difficult to orchestrate.


$24 million a year in guaranteed money seems like a quality move for the 76ers. Kind of expected Horford to get more when talks broke off with the Celtics. I guess he chose winning in Philly over getting paid more in Sacramento. Pity the Celtics couldn't/wouldn't keep him.

Knicks are also acquiring Josh Richardson. They are going to be stacked.


The Sixers will acquire Josh Richardson from Miami, which has to send out other player(s) to make the salary cap math work
— Marc Stein (@TheSteinLine) July 1, 2019

Philly getting Josh Richardson in a sign-and-trade with Miami is such a fantastic move for them. Instead of losing Butler for nothing, they add another very good to star player in Richardson and use the extra cap space due to the salary difference between Butler and Richardson to sign Al Horford. Too bad Kyrie didn't want to go to a team with no cap space.