Let's be clear, last night's loss -- and this most underwhelming of seasons -- is not all on Kyrie Irving.

And while there's plenty of blame to spread around, the swagger and laid-back attitude he's displayed this season simply have not lived up to what the ball has told us, and we know about balls and lying. 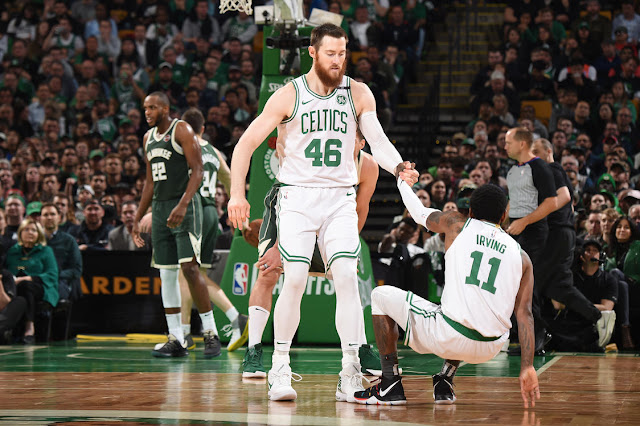 While there still may be one more chance at redemption for Irving, no one in their right mind is looking at the situation and wondering if the Boston Celtics still have something left to "flip a switch"; this team is deeply faulted, and it's hard not to look to Kyrie after the cavalcade of lofty nonsense he's foisted in place of meaningful buckets.

Talk is cheap, so as much as I won't give Uncle Drew credit for his unfulfilled promises, I'm also not sure I'm buying everything ESPN's Jalen Rose is selling about Kyrie's future in Boston, either. Don't get me wrong, right now, I'm angry and looking for scapegoats like the rest of you. But I also realize there may be more chapters in the Kyrie/Boston saga.

Those chapters are dependent on what happens this summer, and how his teammates and coach (who ought to be getting their own share of blame, save perhaps Al Horford and Jaylen Brown) actually feel about this season and Irving.

What do you think? Angry green lenses off, what do you think the future holds? Is there another win left in the season? Is Kyrie gone? Do his teammates actually feel how Rose suggests? Watch the video above, and let us know your thoughts in the comment section below.