Why did the Celtics bench disappear? - and the consistency of Jaylen Brown


The Milwaukee bench scored a combined 32 points in their win in Game 4 last night. The Celtics bench? Only seven points! Weren't many of us talking about the strength and depth of Boston's bench a while ago. You won't hear that said in reference to last night's game. 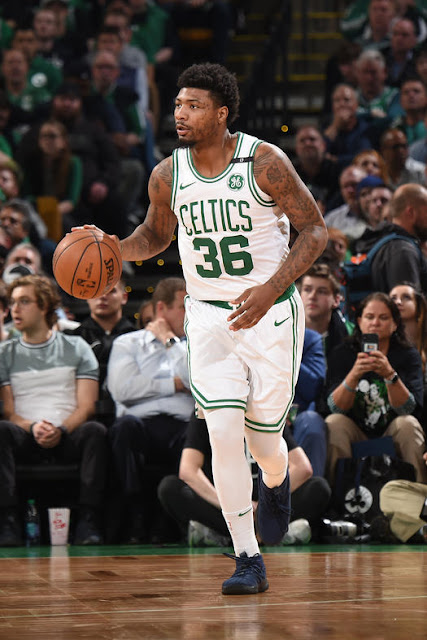 Marcus Smart, Terry Rozier, Gordon Hayward and Aron Baynes all came off the bench for Boston and shot a miserable 18% on field goals and a horrid 8% on 3-pointers. Milwaukee's reserve quartet of George Hill, Ersan Ilyasova, Pat Connaughton and Sterling Brown shot 43% on field goals and 22% on treys. It was no contest between the rival reserve troops.

Smart obviously had some rust on him from his injury-related layoff. Gordon, who had been coming around in the latter stages of the regular season, was a non-factor - as was Terry Rozier. Aron Baynes went scoreless in six minutes of action.

It is far from the only answer to the disappearing act by Boston's bench, but they do miss Jaylen Brown in the second unit. As a starter last night, Jaylen logged 29 minutes and scored 16 points on 5-of-11 FG, 2-of-5 3's - and (hold your breath) 4-of-4 on free throws. He also grabbed seven rebounds. He has been consistent on both ends in this series. A healthy, rust-less Smart with Brown off the bench may have made the difference in the game. With the huge discrepancy in bench scoring and efficiency, the Celtics had no chance in this one. We hope for a better showing in Game 5.