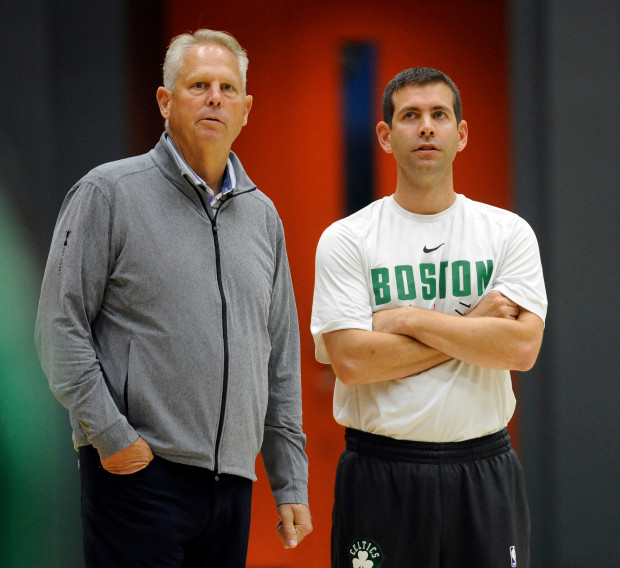 While the temptation exists to make a low-rent joke about the outcome of Game Two, here at CelticsLife, we wish to extend our sincere concern and support for Trader Danny's recovery.

Ainge is expected to return home this evening and is active, walking around today and feeling much better, sources say. Thoughts and wishes with him. https://t.co/rpynEs3BRb
— Shams Charania (@ShamsCharania) May 2, 2019

It's also not his first, so let's hope his medical team can properly assess his condition and prevent a third recurrence -- we're kind of attached to the guy, and even as Celtics fans, we're far from alone.

There are few more important parts of a team than a capable manager, and as he's part of the heart and soul not just of this iteration of Celtics teams, but of decades of them, we cannot overstate the importance and esteem he is held in not just our fandom, but the wider basketball world.

We're glad to hear he's doing better. Let's cross our fingers and take nothing for granted - everything in this world is fleeting, and its the connections we build in it that truly matter.