TMac on Jayson Tatum: "His motor has to change."


Tracy McGrady and Jackie MacMullan sat down with Rachel Nichols, and they discussed the recent woes of Jayson Tatum. TMac first indicated that Jayson needs to back off on his iso ball and then went on to say Tatum has to change his motor. 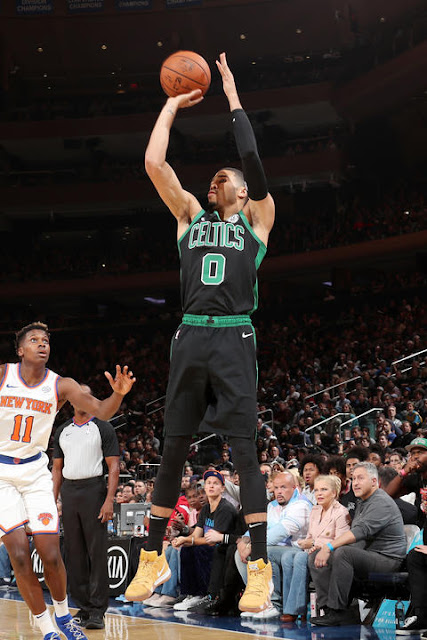 After TMac said Jayson Tatum needs to chill on the iso ball, I asked whether he (like half of #NBATwitter) blames Tatum‘s summer workouts with Kobe. Not only did he say no, Jackie Mac says Tatum needs to watch *more* of Kobe’s Detail series to improve his spacing. pic.twitter.com/EGuTuTXlN9

TMac on Jayson Tatum: - His (Tatum) motor has to change. Sometimes he seems like he's just not into it. He allows his frustration to take over his game. Like last night, he was so frustrated that he wasn't getting calls, he wasn't into the game. He just has to play basketball. When you're aggressive on both ends, good things are going to happen.

Jackie Mac also had a few things to add: "There are times when you look at him, you think nobody can stop this guy. But that has been very inconsistent these last couple of months." She also stated that it looked like Jayson's spacing is off and that he often finds himself in the wrong spot. Rachel Nichols quickly added that with Tatum's poor spacing, maybe he needed more time with Kobe Bryant. rather than the reduced time broached by so many.

Jayson certainly has been a non-factor in Games 1 and 2 versus the Bucks. He averaged 27 minutes and only 4.5 points/game, shooting 24% on field goals, 0% on 3-pointers and 50% from the charity stripe. Whatever happened to "the guy nobody can stop?" Hopefully, we will see that guy in Game 3 at TD Garden on Friday.