It all begins tomorrow with the NBA Lottery. Boston has four potential picks, but the focus is on the Memphis pick which conveys to the Celtics if it falls outside of the top-8. My feeling is that getting a #9 or #10 pick from the Grizzlies would be to the Celts advantage, rather than have it roll over to 2020.
Take a look at Chris Forsberg's tweet below. The odds are greatly against it, but what if the King's pick (top-1 protected) ends up at number two. 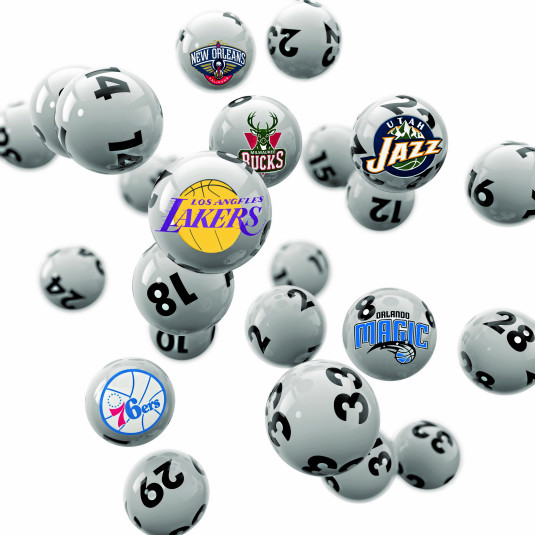 Think I finally got the Celtics’ “Ultimate Jackpot Scenario” on our Lottery Simulator (https://t.co/BpZ7oC5zyu)

May 14-19: NBA Draft Combine: Many of the top collegians and Europeans shun the Combine, but with Boston getting a number of mid-round choices, they should get a good look at some prospects they have a shot at.

June 13: Deadline for Kyrie Irving and Aron Baynes to opt in to their new contracts ($21.3 Million for Kyrie, $5.5 million for Aron). There is no way Irving will opt in to 21-million. His "Ask me on July 1st" will come true. He will enter free agency and take it from there. Baynes-ey? His current contract is team-friendly, but he seems to like it here. He may just choose to take the 5.5 million and stay here.

The Celtics will have an assistant coach opening. Brad Stevens needs to stray from hiring someone from the Butler tree and bring in a veteran NBA coach and former player, writes @GwashburnGlobe.

June 18: Deadline for Al Horford: Al also has a player option for next season at $30.1 million. He has recently stated that he wants to come back. An opt-out and renegotiation on a lesser per-year amount for multi years is a definite possibility. He is an absolute stabilizer for Boston, both on and off the court.

June 20: NBA Draft: Danny Ainge doesn't want four young, new faces on the roster. Too much youth and immaturity were evident with the current crew. Packaging the three or four picks to move up is certainly an option. And surprise-of-surprises - so is a trade or two. The general feeling last season (including mine) was that the Celtics simply had too many players to satisfy with minutes and touches. That can never happen again.

June 29: Deadline for Celtics to tender qualifying offers to Terry Rozier, Daniel Theis, Brad Wanamaker and Jonathan Gibson.
Terry earned $3 million this season, and needs a qualifying offer of $4.3 million to make him a restricted free agent. I feel Danny Ainge will make that QO, look at the market for his unhappy guard - and possibly look to do a sign-and-trade in the summer. Theis made $1.4 million and needs an offer of $1.8 Million to make him a RFA. He obviously will demand much more than that, but the QO will give the Celtics more leeway in manipulating the outcome.

Gibson needs a qualifying offer of $1.9 Million. He was a late-season acquisition by Boston and was little-used. The question relative to the Celtics retaining his services boils down to other moves, or non-moves, the team makes. Wanamaker's QO is $1.6 million, and many of us feel he should have seen more usage last season.

July 1: NBA free agency begins: This is the big one. With Kyrie opting out of his next-season contract, Anthony Davis is now on the table for a possible trade - at the same time Danny and Kyrie are trying decide what happens with Irving's free agency. It is all love/hate with Irving. I love his superior skills and acrobatics, but I can not tolerate another interview with his surly answers and attitude of superiority Is Davis the answer? After last season's debacle, I'm not even sure I know the question. And would Davis and Irving mesh? Kyrie would have to take a second seat to The Brow. Maybe that would work. Kendrick Perkins stated that he feels Irving is no Batman. He might make a great Robin, though.

Your physical and mental energy are always on a 10! As the song goes, Please come (back) to Boston. The Celtics need to go with a different style of play - one where you would fit nicely. Have a great off-season. Hoping to see you here is September.

Also on July 1: Deadline to guarantee Semi Ojeleye's contract for next season: Hey, come on - $1.6 million for 2019-20? A pittance. Do it today. If Danny ever goes with three or four top-level stars and a bunch of low-cost role players, this young man fits right in. Although he didn't have much of one, he knew his role. This is a no-brainer.

Perkins played with Durant in Oklahoma City and with Davis in New Orleans. 👀

There you have it! Many, many questions! Danny's health and future plans. Brad Stevens analysis that he failed this season - what's in store for him. Will Kendrick Perkins come back to Boston as assistant coach? Can Isaiah Thomas return to Bean Town as a bench guy - but one that can put a lot of pressure on opposing defenses. Stay tuned. Gonna be an exciting summer.