The Boston Celtics are looking downunder for their next big man, perhaps impressed by what they've seen from All of Australia, better known as Aron Baynes.

The Cs have extended a pre-draft workout to former SMU teammate of Semi Ojeleye, Harry Froling, who, having elected to play overseas instead of continue in the NCAA grind, earned the honor of being named the National Basketball League's (NBL) Rookie of the Year. 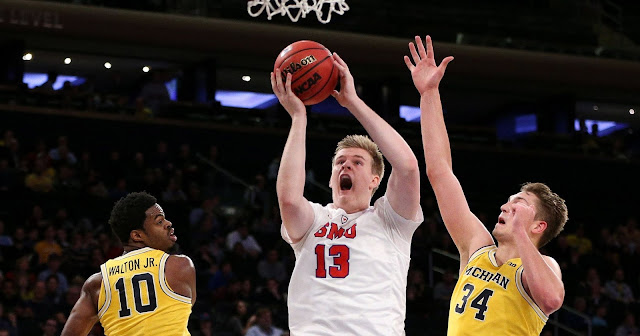 The NBL is Australia and New Zealand's premiere basketball league, where Andrew Bogut hung his hat between stints with the Golden State Warriors, and arguably the best league outside of Europe and North America.

Froling, a stretch big and solid rebounder able to hit from deep, averaged eight points and 4.5 boards in just under 15 minutes per game, shooting 50% overall and, 43.8 percent from beyond the arc, enough to perk the interest of Danny Ainge and company ahead of the 2019 NBA Draft.

His abilities would be a great fit to a young Boston core in need of frontcourt depth, and with as many as four picks in the upcoming draft, it's probably wise for the Cs to keep tabs on this young talent, and others like him.