I have never been less happy about being right.

After the Boston Celtics blew out the Milwaukee Bucks in Game One, I put together an analysis of how the Bucks might adjust in Game Two, and while I might have gotten a few minor details wrong, it was more or less exactly what I expected from coach Mike Budenholzer. 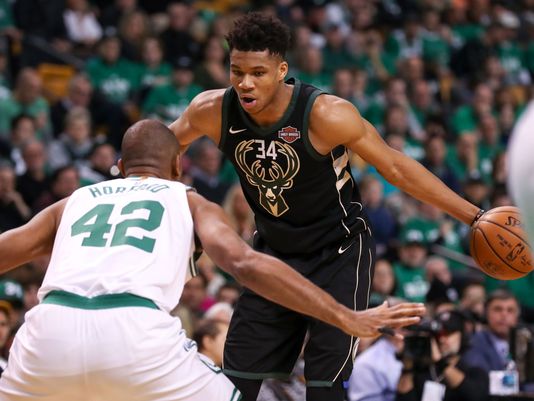 The substitutions were a mixed bad in terms of my predictions, as while Bud didn't make the moves I expected to switch up the defense, placing Niko Mirotic in Sterling Brown's starting slot, he did change the defense from the team's hallmark drop zone to a switching approach that gave Boston fits on both ends.

When I say that, what I really mean is that the team effectively beat themselves by responding poorly to it, reverting to the hanging of the heads and getting lax on defense after rushed shots -- often against one or more defenders -- went up early in the shot clock.

Per @bball_ref, Milwaukee's 20 3-pointers were the most the Celtics have ever allowed in a playoff game.


Officiating in the first half was, yes, predictably bad for a Tony Brothers-officiated game (I can't recall Boston ever winning won he has, not that I think that's evidence of anything but an overly-tight style of officiating), but it wasn't what cost the Celtics the game.

Allowing twenty shots from deep was (a record worth forgetting in Celtics postseason play), which, in turn, was a direct result of defensive lapses stemming from a lack of preparation and effort against an eminently predictable response. This team simply cannot afford another third quarter like the one they had against the Bucks last night - if they do, they might as well get on to their summer plans.