Watch: Smart's making progress, getting up shots - but still weeks away


It's looking more and more like we might actually have a shot at seeing Marcus Smart in the second round of the 2019 NBA Playoffs. 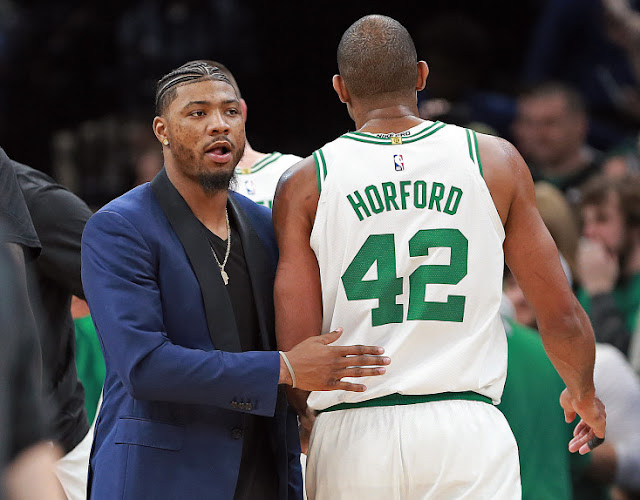 Smart, who tore his oblique at the end of the regular season, was able to get some shots up -- stationary, of course -- on court before tonight's game against the Indiana Pacers.

He says he's making progress from the injury, which he describes in the video above as painful as a "Mike Tyson body blow", but won't be able to resume jogging for a few weeks.

Such a timeline would potentially place Marcus to be on track to rejoin the team on-court for the last game or two of a longer series against the Milwaukee Bucks, but it would more likely require longer.


The Boston Celtics will have their hands full with the Bucks whether they have Smart back or not, but it's difficult to see him returning in time (and in enough health) to truly make a mark on the series, but given we might be talking about one of the most driven and tough players in the league, I won't count him out of the series just yet.