The San Antonio Spurs always seem to get it right. They are perennial winners, never tanking when their stars finally retire. And they almost always find the right players at low spots in the draft. Derrick White may be such a player. 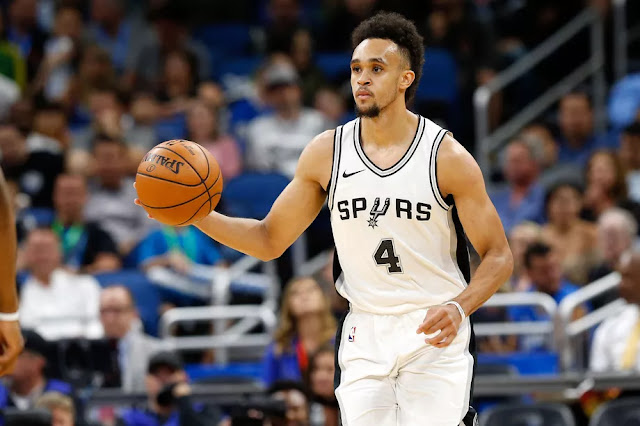 Derrick White just another example of if the Spurs ever call offering you a deal, hang up the phone immediately and sign whatever it is they want to trade for to an extension. Point guard, apartment lease, babysitter, it dont matter -- they know.

I love the above tweet. If Danny Ainge ever picks up the phone and hears Gregg Popovich on the other end, he had better go into his best defensive mode - listen to any of Pop's proposals - and quickly secure any Celtics players mentioned by Gregg in the conversation. The Spurs almost always over-achieve, much of that due to their ability to detect NBA talent. So "point guard, apartment lease, babysitter, it don't matter" at all. Damn clever tweet.