C's offense, depth key vs. Indy's defense - but will it work later?


Over the first two games of the first-round matchup between the Boston Celtics and Indiana Pacers, to say defense is key would both be an understatement, and missing a key point.

Defense has been key in that, for the Pacers, it's been their primary weapon for staying in the game in a manner not unlike the Celtics during the 2018 NBA Playoffs.

With their most important source of offense -- Victor Oladipo -- unavailable due to injury, coach Nate McMillan doubled down on defensive intensity in the latter third of the season up to the present, a formula which has largely propelled Indiana to a position in the standings perhaps well ahead of the team's postseason capabilities would have placed them otherwise. 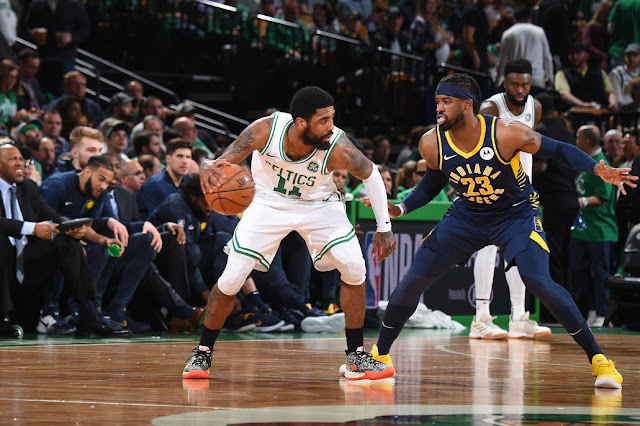 If nothing else, last season's Hospital Celtics and this year's postseason Pacers have been a master class in why even the best defense isn't enough on its own to advance deep into the playoffs.

The difference? When every game counts so much more, Boston can (and did) play their best offensive players big minutes to outlast Indiana's limited offensive capabilities. For the Pacers, that's likely an insuperable issue, as the only relatively reliable source of scoring the team has (Bojan Bogdanovic) could be doubled without risking too much even if they didn't have elite wings like Jaylen Brown able to contain him alone.

Bojan Bogdanovic: Pacers’ defense will give them a chance every game https://t.co/7UzC5riYIL
— The Celtics Wire (@TheCelticsWire) April 15, 2019


While Indiana may not have the offensive horses to escape the Cs in this round, it will be crucial for Boston to be clicking on that side of the court themselves when it comes to the second round, as Boston will be relying on a system defense in hopes of reproducing past success containing the Milwaukee Bucks (and, more importantly, Giannis Antetokounmpo).

Facing a team with one of the league's best offenses and defenses will require more than playing their best players big minutes with lockdown defense from tip to buzzer: it will require trust, communication, and solidarity only beginning to emerge in the present series.

And to defeat the arguably most complete team in the league right now, the selfishness and pouting plaguing the team's regular season must be expunged from the team's identity if they are to have any chance of advancing at all.